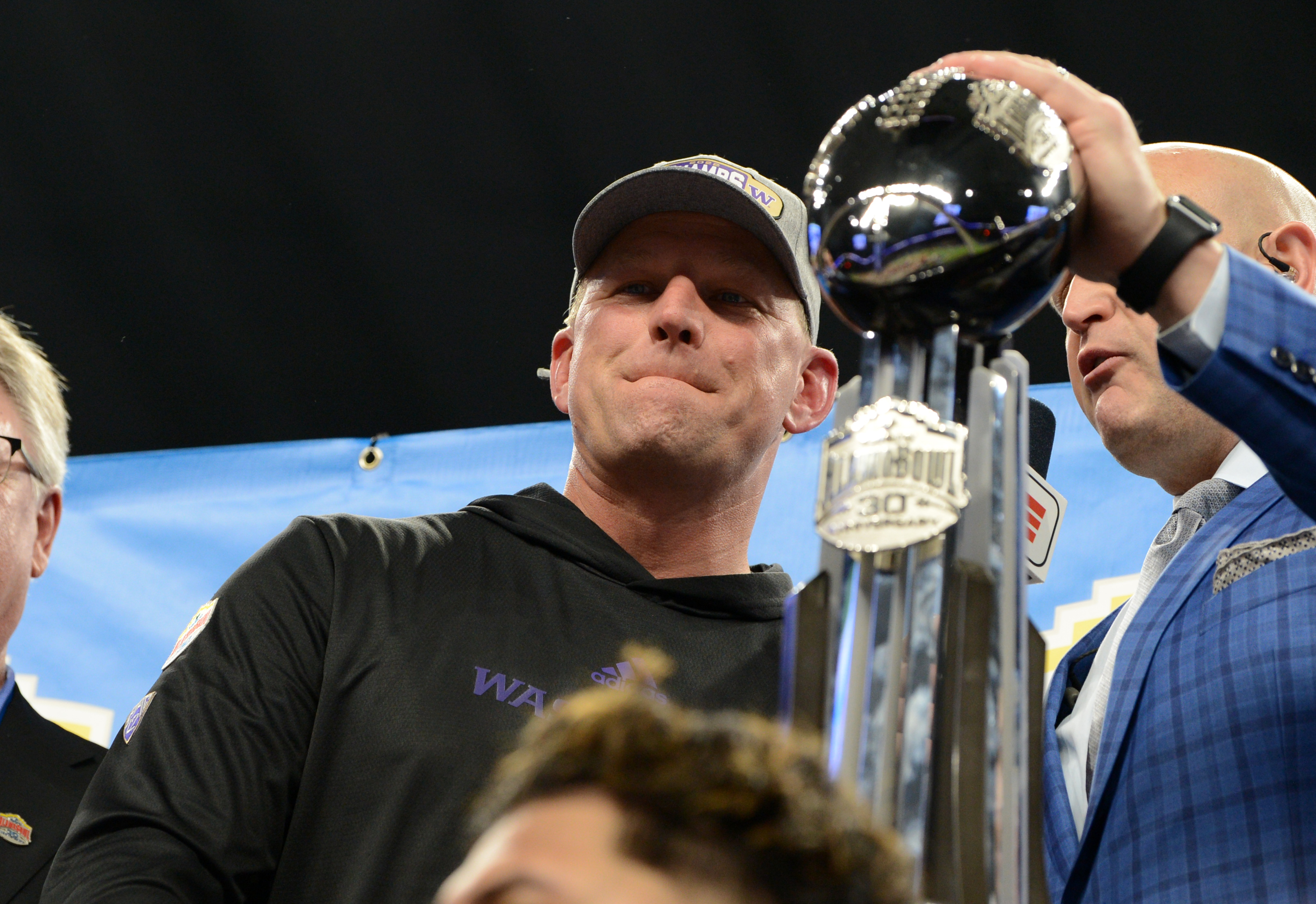 The final USA Today Coaches ranking has UW ranked #8, which was the same as the final AP poll.

Here is an article which shows the ballots for all 63 coaches that voted: https://www.usatoday.com/story/sports/ncaaf/2023/01/11/college-football-rankings-coaches-ballots-final-poll-revealed/11000122002/

In looking at the ballots, UW was ranked #8 on 65% of the ballots. They were ranked as high as #6 on 2 ballots and as low as #14 on one. The two coaches that ranked UW at #6 were DeBoer (not that much of a surprise) and Ken Willson, the Nevada head coach. The one coach who voted UW #14 was Greg Schiano, the coach of Rutgers.

Here is a breakdown of how many coaches voted for UW at each position:

The two coaches that ranked UW #7 were Air Force's Troy Calhoun and Jake Dickert of WSU.
When UW was ranked #8, it was usually the same 7 teams that were ranked above them (Georgia, TCU, Ohio State, Michigan, Alabama, Tennessee, and Penn State). If UW was not ranked #8, there were several teams that were ranked ahead of them (that weren't there if they were ranked #8). Here is a list of those teams and how often they appeared on ballots above UW:
The coach that voted Oregon State ahead of UW was Bill Napier, the coach of Florida-the team that just got throttled by Oregon State in their bowl game. Tulane's coach, Willie Fritz, voted Tulane above UW. And Kyle Whittingham had Utah ranked above UW, but he also had Tulane and LSU ranked above UW as well. Of the 18 coaches that voted UW #9 or higher (worse), 14 of them were on teams from east of the Mississippi. Two of the others were from Texas (UTEP and Houston). The other two (from the West) were Whittingham (behind Utah, LSU and Tulane) and Brady Hoke at San Diego State (#10 behind Utah and Kansas State).
Four of the teams listed did win their conference (Tulane, Utah, Kansas State, and Utah), so that might have had an impact on their being ranked higher than UW. Two others were at least in their conference championship game (USC and LSU).
On the other hand, LSU lost to Texas A&M (along with 3 other games), and 4 of those teams did not win their bowl games (Utah, Kansas State, USC, and Clemson). Notre Dame did beat South Carolina in their bowl game, but they also lost to both Stanford and Marshall (along with USC and Ohio State).