Are you drunk yet? If you had consumed a pint of everything listed here and here in one sitting, you would be getting close. Or, if you weren't, you would have at least three livers. Whether you're fall-down drunk or stone-cold sober, it is a very exciting time of year. The Pac-12 media days are over, and we’ve got all the new interviews and articles to drool over. So much speculation.... Fall camp starts next week, which means real, authentic, every-game-matters college football is right around the corner!! It’s time to wrap-up this adventure. So, take one last trip down Ale Street, turn onto Lager Boulevard, and get ready to drink a few more cold ones.

One week after playing UCLA, the Huskies host the Ducks in Husky Stadium. For the first time in too damn long, we hold a win streak in the series. Who knows what the records look like at this point in the year, but you can bet the Ducks will have revenge on their mind for the 70-21 beat-down the year prior. For this tailgate, you need something to capture the spirit of the rivalry, something to remind the foul foes how dominant we are in our house, and something that is delicious in cool, cloudy weather. Time to deliver:

Cloudburst is a fantastic microbrewery in Seattle. Smaller and locally distributed, they pump out a lot of delicious beer. Elysian's experimental brew master departed after they were acquired by BigBeer and helped start this brewery downtown. The slogan for this week's brew -- "You’re drunk and smell like coffee". As the weather starts to turn in Seattle, I love good, dark beers. This one will be perfect to sip all day while tailgating, and the strong presence of roasted coffee should make you forget that it’s alcohol that you’re consuming by the pint. With the great Seattle combination of coffee and great craft beer, you can’t go wrong. Plus, few things in life are better than another year of roasted duck. Boom! Roasted. Go Dawgs!

One benefit that Washington has going for it in this short week road game against the Cardinal -- Stanford will be playing a #Pac12AfterDark Friday night special after having played back-to-back road games. Granted, Stanford’s road games are against OSU and WSU, so it’s not like they’ll be as beat-up as if they had faced U$C and Utah. But it’s still two road games late in the season. That can only help our cause. In our last away game of the season, this week's beer screams the need for a modern California classic.

I went with a Red against the Cal Bears, so we might as well go with something bear-related against the Cardinal. This is a top-notch California beer and American IPA that comes in at a whopping 7.5% ABV. Nice balance between the malt base and combination of Columbus and Cascade hops. Plus, with the season coming down the home stretch, you’ll want something with a little extra punch in case this game is close down the stretch.

That game against the Utes was far too close last year, and it very well could be again this year. Luckily, we play Utah in mid-to-late November where they have struggled in the Whittingham-era. Additionally, we’ll get the extra day of rest having played Stanford on a Friday night the week before. Those two factors coupled with it being played in Husky Stadium make it seem like the odds are ever in our favor. So let’s toast at the tailgates with the beer of the week. 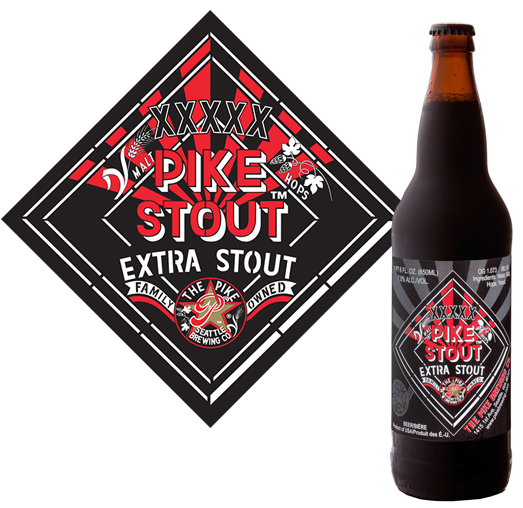 A good solid stout that earns every X. Coming it at 7% ABV, Pike Stout will feature notes of chocolate, licorice, and dark roasted coffee. The heavier-than-usual use of hops make it a little more bitter and a little less smooth than you might expect from a stout. A stout worthy of its name, and a name that describes the kind of game the Huskies need to play to beat the Utes late in the year -- Extra Stout! Woof!

The regular season comes to a thrilling conclusion with another classic Apple Cup. It will finally be Falk’s last year. It will also be the first Apple Cup played on a Saturday in quite some time. With a tailgate full of Thanksgiving leftovers, we've got to throw down big to put the exclamation mark on what should be another great season. That means another two-fer. 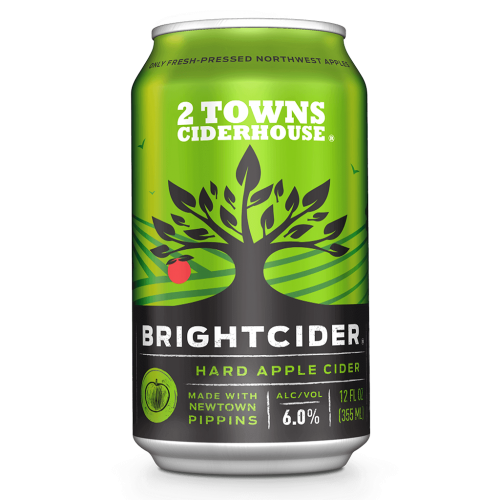 You can’t have an Apple Cup without at least one hard apple cider. This is a classic go-to. Fermented in Corvallis, OR, this is just the right balance of sweet and dry. While it may be cold and crisp outside, this 6% ABV cider will warm you up from the inside. Enjoy upsetting the Cougs’ apple cart by toasting with a pint of this! 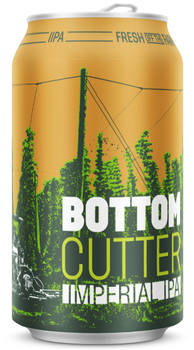 This is Bale Breaker’s flavorful Imperial IPA that comes in at 8.2% ABV. A great all-around beer, and complex enough to stand up to the Thanksgiving residue on your tastebuds. This is an IPA that will rinse out any lingering tastes of turkey dinner, stuffing, and pumpkin pie. Plus, who wouldn’t love another performance by Death Row where we cut WSU’s hopes from underneath them… Go Dawgs!

I know many readers here don’t drink beer. I know many also have their own tastes and would never venture to try an Imperial IPA or a pumpkin cider or even something that only comes in a 22oz bottle. However, I hope you’ve enjoyed this lighthearted tour from the usual late summer posts on SB Nation. As promised, this wraps up just in time for us to focus on the important fall camp articles. Time to hit refresh on our keyboards Sunday -- before, during, and after Coach Pete's press conference. F5. F5. F5. Jackpot!

And as we transition to football season, thus begins another season of spending way too many waking minutes hours lurking on UWDP. I hope to see some of you at Rutgers. Until then, or until the first tailgate of the season in Husky Stadium... Cheers, Dawg Fans!