Seven days!  I'm not ready.  I've got too much to do.  Let's see.  I need to get my Jake Locker Fat Head up.  I need to update my kids' jerseys from Keith Price to .... who?  Holy crap, we still don't have a QB (I mean, at least not one that we are sure is starting the next game at Husky Stadium).  I need to order in my rally beer.  I need to get face-paint.  A lot.  Let's see, what else?  Oh yeah, a suckling pig.  Definitely need one of those.  Say, anybody have a lead on where I can pick up a Marcus Mariota voodoo doll?

I'll work on that list later.  For now, I'd like to channel this aggressive energy towards something that we all like to talk about:  sacking the opponent's QB.  Nothing stirs the emotion of a football fan more than watching one of your boy's steam roll a 300 lb offensive lineman en route to a back-breaking (literally) crushing of an unaware QB on a critical third down.  When it happens, it can often be the most emotional play in an entire game.

If the leash gets taken off this Dawg, just watch him bring the purple rain down on the Pac 12.

The Huskies have cultivated one of the best pass rushes in college football.  As measured in pure sacks/game, the Huskies were fourth in the nation (3.15) just behind Louisville, Utah (Utah?), and South Alabama (and just ahead of Stanford).  For those of you inclined towards advanced stats, their sack rate on Passing Downs in 2013 was 11% - that's an exceptional stat and good for 5th in the nation..  The effect of this pass rush was clearly detectable in the opponent lack of passing game in 2014.  The Huskies finished 6th in the nation in Passing S&P and 4th in Passing Downs S&P (these are measures of the rate of an opponent executing a "successful" play against the D).

With almost the entire front seven from a year ago returning, the Huskies bring to the table one of the best - if not the best - pass rushes in the Pac 12.  With all of these weapons, it begs the question:  Who will lead the Huskies in Sacks in 2014?

This notoriety has earned Kikaha, who is a great comeback story after suffering two ACL tears in his career at UW, a national reputation.  However, he enters the 2014 in a new role for UW DC Pete Kwiatkowski.  He'll be manning more of a hybrid Rush End style role where he will play equally as often in a two-point stance vs three-point.  Well, at least that is the plan as we understand it today. This change in role could theoretically increase his overall production while still reducing his total number of sacks.

Reasons for: Very accomplished pass rusher with the stats to back it up; Senior leader who is sure to be on the field most of the time and to get plenty of opps

Quick, name the #2 sackman on the Huskies from a year ago?  I suppose that asking this question in this particular slot makes the answer somewhat self-evident.  It is true - with 5 sacks last season, Cory Littleton was the Huskies #2 sacker.  If you've ever had the pleasure of seeing Cory up close, it is hard to not be impressed with his overall stature and athleticism.  This guy is a true creature with a ton of physical potential.  The challenge with Cory, who took the starting Rush End job from Josh Shirley a year ago, has been to get him to play faster and to not have to think on the field.  Now, as a RS junior, the 6'3" 240 lb BUCK linebacker should be getting to the point where his instincts are integrated with his experience.  There are reasons to expect a big leap from Littleton in 2014. 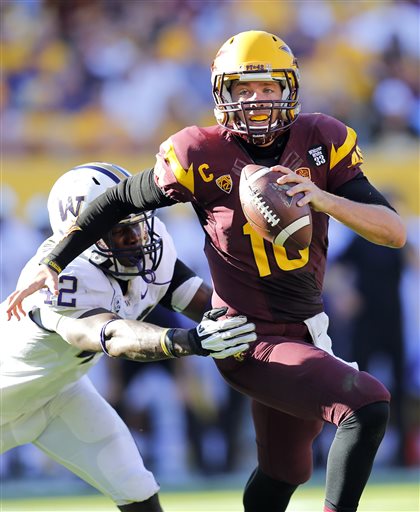 The challenge for Cory is going to be figuring out exactly how and when he'll see the field.  Right now, he appears to be behind Kikaha on the depth cart in that BUCK role.  That doesn't necessarily mean that he won't be on the field at the same time as Hau'oli - in fact, there is a pretty good chance that he will be quite often ... particularly on passing downs.  But it is hard to predict exactly how he'll be used based on what we've been allowed to see in fall camp.  We do know that Cory, with long arms and good speed, excels in the pass rush.  With opposing offenses concerning themselves with Kikaha, Travis Feeney and Shaq Thompson on every down, Littleton could certainly score some easy clean up sacks and lead this category in 2014.

Reasons for: Proven pass rusher; Will almost certainly be featured as a blitzer and a pass rush specialist; Will benefit from attention on higher profile defenders

Reasons against: Hard to predict his exact role or the numbers of snaps he get every game; Backing up Hau'oli Kikaha may make it difficult to surpass him in sacks

Picking the third guy for this list was a bit of a challenge.  I had to make some judgments regarding the kind of pass rusher I wanted to highlight.  On one hand, a guy like Danny Shelton could certainly take a step forward and generate an inside pass rush to the point where he could get some sacks in 2014.  A pure blitzer like Travis Feeney could easily emerge and capitalize on his immense speed and all-out "my hair is on fire" style of play to lead the pack.  Or you could go for one of the young DEs who may emerge and benefit from the one-on-one battles that he is sure to face.  You could do that.  Or you could look at your junior All-American linebacking candidate and say "oh, hell yeah".

Many of us are waiting for that "breakout" year from Shaq and expect 2014 to be that campaign.  Not that he hasn't played well.  In fact, he's played at an all-star if not elite level as a hybrid linebacker and play-making, offense-disrupting stud for the last few seasons.  However, he hasn't racked up those eye-popping stats that you'd expect to see from a guy with the immense talents that he possesses.  Is 2014 the season he finally does?

The new coaching staff has been effusive in their praise of Shaq since their arrival.  As evidenced by the reps that they've given him at RB, it is clear that this staff is trying to find new ways to exploit his skills.  Whereas the previous staff liked him mostly as a roving style linebacker, I could easily see this staff making more use of him as a pass rusher, particularly when opposing offense formations leave him lined up as a weak side guy (I'm presuming that the staff sticks with the "left/right" lineup of our 'backers in 2014).  If the leash gets taken off this Dawg, just watch him bring the purple rain down on the Pac 12.  Shaq definitely has the ability to lead this team in sacks.

Reasons for: Ridiculous physical skills; Staff willingness to feature him in that role

Reasons against: Number of pass rush opportunities may get offset by other roles he may take on - such as rushing the ball; Could he lead UW in both picks and sacks in a single season?

I'm going to go with the obvious answer here.  While I think his role change may reduce his overall sack rate on a per game basis, Hau'oli Kikaha clearly possesses the best combination of technical and physical pass rushing skills on the team.  If you haven't checked out this collection of GIFs that highlight those skills, you should do so.  This guy has the whole package - strength, guile, technique and speed.  Even if Kwiatkowski wants to leverage those skills in other ways, it won't take him long to develop a dependence on the unique abilities that Kikaha possesses when it comes to frustrating opposing QBs.  Good coaches don't restrain these kinds of players.

Most people don't realize that a season with 15 sacks will propel Kikaha into the top 10 of career Pac 12 sacks (tying him at 31.5 with the Jack Del Rio as measured since 1980) and establish him as the leader in UW all-time sacks (Daniel Teo'-Nesheim leads with 30).  I think he wants it.  I think the coaches want it.  I know that I want it.  I'm going with Hau'oli.