The first addition is that of the Michigan Wolverines to the 2020 and 2021 schedules.  Michigan and UW have a long and storied rivalry highlighted by a four Rose Bowl match-ups.  The Huskies have an all-time record of 5-7 versus Michigan including a 2-2 mark in the Rose Bowls that they played after the 1977, 1980, 1991, and 1992 seasons.  The 1992 Rose Bowl (following the UW 1991 season) is the famous Mario Bailey "Heisman Pose" game.  Barring any future bowl game match-ups, the 2020 game will mark the first time the two teams will have played one another in 18  years. 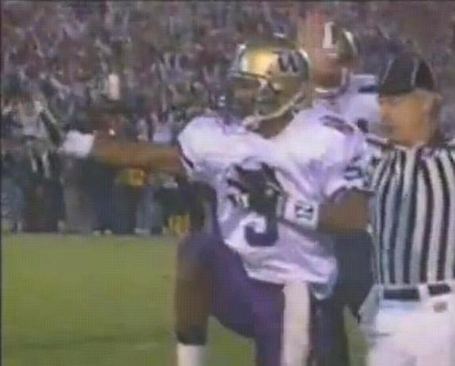 BYU is being added for the 2018 and 2019 seasons.  All-time, the Huskies hold a 5-4 win/loss advantage over the Cougars including our most recent Bowl Win: a convincing 31-16 routing of the Cougars in what will go down as Marques Tuiasosopo's first (and maybe ever) victory as the head coach for your Washington Huskies.  Prior to last year's bowl game, UW had lost three in a row to the Cougars including the infamous "Locker Celebration Penalty" that cost Washington a victory in what would become the only winless season in its history. 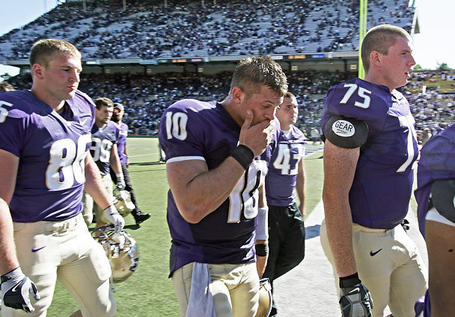 The full press release from the UW Athletic Department is as follows:

SEATTLE - Washington will take on two big non-conference rivals in the coming years as the Huskies will play home-and-home series against bothMichigan and BYU in the next decade.

The two series were announced today by UW athletic director Scott Woodward as part of a series of changes and additions to future Washington football schedules.

The Huskies will play host to BYU Sept. 29, 2018, and will travel to Provo on Sept. 21, 2019. The Dawgs and Cougars have squared off nine times in their history, including most recently in last December's Fight Hunger Bowl in San Francisco.

Michigan will come to Seattle for a Sept. 5 game in 2020 and then the Dawgswill go to Ann Arbor the following season for a Sept. 18 game. The Huskies and Wolverines have a history that dates back over 60 years and includes four Rose Bowl matchups among 12 all-time meetings.

"We are excited about our future football schedules," Woodward said. "Our goal is to win championships, and we will continue to work to supplement our challenging Pac-12 slate with games that are both exciting for our fans and beneficial for our program."

Along with those additions were three additional changes. Firstly, due to conflicts with its Big Ten Conference schedule, Wisconsin was forced to cancel its two games with the Huskies, previously scheduled for 2018 and 2021.

Additionally, previously scheduled games vs. North Dakota and Sacramento State were moved within the same year to accommodate these new match-ups. The UW-North Dakota game will be played Sept. 1, 2018 (formerly Sept. 15) and the Sacramento State game in 2020 was moved back one week to Sept. 12.

Here are Washington's non-conference opponents for the coming seven seasons (subject to change):