With the Cupboard Full, Chris Petersen Can Focus on Culture Change at UW

Chris Petersen has a unique opportunity at Washington that is not often afforded to non-AQ coaches getting their first AQ-level job.

Share All sharing options for: With the Cupboard Full, Chris Petersen Can Focus on Culture Change at UW

In his 1943 paper entitled "The Theory of Human Motivation," Abraham Maslow introduced one of the most important concepts in the world of psychology:  Maslow's Hierarchy of Needs.  In it, Maslow described the notion that human beings will inevitably focus the preponderance of their energies on achieving a certain category of needs depending on their situation.  Once they've achieved the satisfaction of those needs, they then can graduate to a more advanced level of needs to focus on.  Maslow's hierarchy is depicted below: 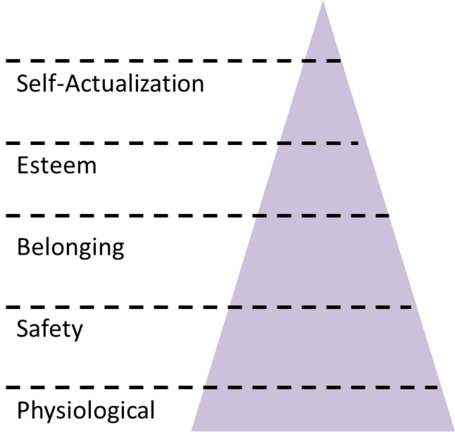 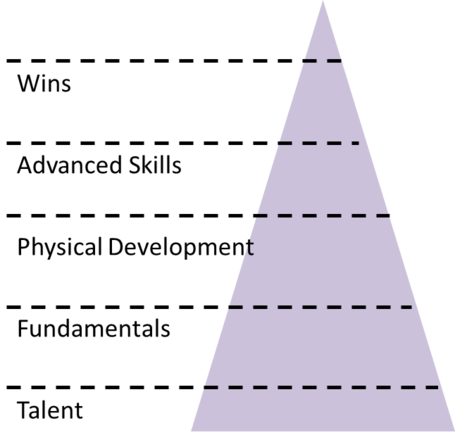 All successful CFB programs are built upon a sound foundation of talent.  You don't necessarily have to have All-Americans at every position, but you have to have a cadre of athletes who can stand up to the rigors of conference play as a primary starting point for program development.  Once the talent base is in place, the staff can get busy with working themselves up the pyramid of needs that will ultimately lead, ideally, to wins.

Most coaches who go from a lower division or a non-AQ school to a role in a major program amongst the "Big 5" football conferences inherit football situations that have gone somewhat awry or, at best, are on a downward trajectory.  You don't have to look much further beyond the situation that Sonny Dykes inherited at Cal or Mike McIntyre inherited at Colorado to get a sense of this observation.  It is highly unusual for coaches with no Big 5 experience to step into programs with the pedigree of a school like UW while that program is on an upward trajectory.

In most scenarios, the new head coach often has to simply hit the "reset" button on the state of the program and go back to the bottom of his "needs hierarchy" to start rebuilding his program.  Husky fans know this routine having gone through it recently in the post-Ty Willingham world.  It is a painful process that often involves a number of stops and starts before the focus can shift to the elements on the top half of the pyramid.

One of the reasons that Chris Petersen likely found the UW job so appealing amongst the dozens of previous job inquiries that he had fielded, beyond the obvious geographic congruencies, was the fact that Steve Sarkisian had effectively addressed needs at the bottom half of the hierarchy pyramid for College Football Coaches.  I know that talking about Sark is a sure way to trigger emotional outbursts in the comments section, but I think that we can all easily agree that he left behind pretty well-stocked cupboards of talent and that, for the most part, fundamental elements of the game - tackling in space, pass coverage, tempo offense basics and physical fitness - had all been established in a way that Petersen and Co could build upon.  Unlike the Dykes and McIntyres of the world, Petersen has the ability to step into the UW situation and lean on experienced veterans to pick up and lead the implementation of his concepts on both sides of the ball.

With the bottom half of the hierarchy of needs already effectively met, Petersen is afforded a tremendous luxury.  Specifically, he has the opportunity to focus on cultural upgrades within the program.  No other coach has had such an opportunity since the handing of the torch from Don James to Jim Lambright.   I think that there are three areas that Petersen should focus on as he looks to catapult UW back into the upper echelons of the national CFB narrative.

First, Petersen has the ability to adopt a true long-term mentality to his program development in a way that no coach has had in a very long time.  By this, I mean to say that Petersen can take whatever time he likes in re-establishing certain types of fundamentals, handling red-shirt strategies, implementing new playbook items and/or changing physical development routines.  The reason for this is pretty simple:  he has a base of competent players available to play right now that, at worst, are an average Pac 12 team with no incremental contributions from the new coaching staff.

This is a huge advantage for Chris Petersen as it affords him the opportunity to do whatever he likes for the long-term health of the program without the worry of ending up on some hotseat after one or two seasons.  Compare and contrast this to the situations of guys like Dykes or McIntyre who have to play a ton of true frosh (look at the QBs last year) and hope that they can generate enough optimism to keep their jobs until their talent matures.  This is not a trivial challenge - Jon Embree only got two seasons at Colorado before being replaced by McIntyre.  One could argue that Sark had this same luxury, but keep in mind that nobody expected Sark to stay at UW forever.  He was always seen as a flight risk to the NFL if not back to a more prestigious program in CFB.  In that way, even Sark had pressure to generate short-term success in pursuit of his own professional goals.

By all accounts, Chris Petersen wants this to be his last CFB job.  Based on his age, he could be here for twenty years (although, I doubt he'd even want to coach for more than another ten).  His launching pad is very long and he is afforded the rare opportunity to make any and all decisions with a long-term horizon in mind.

The second area that Petersen can focus his cultural development on is in the establishment of viable long-term recruiting pipelines.  I do not wish to belabor this point as I'm not a recruiting expert nor has this blog suffered from a lack of discussion on the matter.  It is fair to say, however, that the overall state of recruiting was in shambles when Sark took over.  That is to say that there were no reliable pipelines or relationships for Sark to inherit from his predecessor in continuing the development of the program.  In fact, to consider what Sark did in light of that handicap in his first year is pretty remarkable.

As you would expect, Sark compensated for this handicap by resorting to his comfort zone:  Southern California.  He simply had no choice, no matter how much lip service he gave to the idea of building a fence around Washington.

Petersen has the luxury of time to redraw his recruiting lines however he wishes.  His name recognition is going to open any doors that he hasn't already opened across high schools in the West.  Personally, I'd love to see him really lock down Washington schools while re-cultivating pipelines to the islands and, of course, California.  I'd also like to see him take advantage of Oregon's lack of focus on the top schools in Oregon state and pluck a few diamonds out of there every year.  However he wishes to do it, Petersen has a luxury here that no coach at UW has had in a long time and it is absolutely an opportunity he should (and I am sure already is working) to seize.

The third cultural element that Petersen should focus on - and it is a little difficult to articulate clearly (so bear with me) - is the notion of the Head Coach as CEO.  Despite the obvious attempts by Ty Willingham, UW hasn't had a truly "executive" head coach since Don James.  I'm talking about head coaches built in the mold of guys like Nick Saban, Chip Kelly, Jimmy Johnson and Bear Bryant.  These are guys whose personalities transcend the brand image of their respective university and become the basis for a new public identity of the program.

Young coaches, like Sark, are often defined not just by what they do but also the people with whom they surround themselves.  While we must all credit Sark for how quickly he moved to deal with the shortcomings of his first group of defensive coaches, we cannot deny that Nick Holt was originally viewed not just as an employee of Sark, but also his "partner" in the program.  Even Justin Wilcox appeared to operate with a certain level of independence from Sark.

Petersen is not that kind of coach.  Like other CEO coaches, his personality can transcend the traditional image associated with the purple and gold.  That's a good thing.  He has the unique opportunity to overhaul the core identity of this program in his image in the same way that the Dawgfather did in the eighties and nineties.  The names and faces of the football staff should never supersede the name and face sitting in the Head Coach's office.  If he chooses to implement the blueprints of guys like Kelly and Saban, Petersen can be a true CEO leader and voice for the University of Washington - a leader who redefines the principles and trajectory of the program.

I'm always sensitive about writing pieces like this as I do not wish to see the comments section devolve into a Sark complaint-fest.  The bottom line here is that the work that Sark performed at UW, warts and all, contributed to our ability to attract an elite talent like Chris Petersen as our head coach.  Coach Pete has the opportunity to overhaul the cultural identity of this program in ways that nobody has had since Don James roamed our sidelines.  The fact that he's picked us from the vast array of options he had available speaks to his intent to seize it.