The Dawgs make a long overdue return to college baseball's postseason, and will open play against Georgia Tech.

The Huskies have made postseason for the first time since 2004, and their reward is a trip to Oxford. Their draw looks like this: 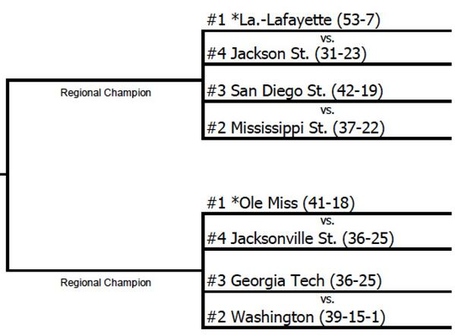 The format for this portion of the playoffs is a double elimination tournament between the four teams at each regional site. The 16 winners advance to the Super Regionals for a best of three series with the winner advancing to the College World Series.

The Dawgs enter the postseason on a bit of a slump, having dropped their last two series against UCLA and Oregon State and five of their last six games, though they did close out their regular season with a 6-1 victory over the Bruins.

Regional play will begin Friday, May 30th and the Huskies will open against Georgia Tech at 1:00 pm Pacific Time, on ESPN3.