The UW made plenty of basketball news in the last week. What is going on in Husky land?

The spring signing period has passed but Lorenzo Romar and the men's basketball team have been making news left and right this week. Here is an update on all that has happened with the team this week.

After stating in March that he was leaving the team, it was announced yesterday that Desmond Simmons will be taking his talents to Moraga, California, and play his final year of college ball with the St. Mary's Gaels. Simmons was in and out of the starting lineup during his three years on the court as a Husky and was known for his junkyard tenacity and hustle plays. He finished his redshirt junior season as the starting power forward, averaging 5.2 points and 4.6 rebounds per game. He was rated a four-star prospect by Scout out of Salesian H.S. in California. He will join former Stanford point guard and Bellevue H.S. grad Aaron Bright at St.Mary's next season.

On Tuesday the Huskies became the fifth school to offer class of 2016 point guard Payton Pritchard from West Linn, Oregon. Pritchard is rated a three-star prospect on Scout and holds offers from Wisconsin, Oregon, Oregon State, and Oklahoma. He was honored as the Oregon 6A Player of the Year after winning the 6A State Championship at West Linn H.S. in 2014. The 6 foot 1 point guard is currently playing in the AAU circuit with Team Fast.

According to Left Coast Recruiting's Jason McCleary, the Huskies have extended offers to two in-state prospects for the class of 2016.

6 foot 3 guard Jaylen Nowell is the latest player from Garfield H.S. to receive interest from the UW. Nowell came off the bench for the state champion Bulldogs this season but should see a bigger role next year with Garfield losing three starters.

The Huskies also offered 6 foot 2 guard Trevon Ary-Turner from Issaquah H.S. Ary-Turner started as a freshman for the Eagles, who finished third in the 4A State Tournament in 2014.

According to NBC Sports, class of 2014 point guard and Tacoma native Ahmaad Rorie has been granted a release from his LOI from Cal. Rorie finished his senior season at Lincoln H.S. (Tacoma). He is rated a four-star prospect by Scout and a three-star by ESPN. I would say the Huskies are definitely one of the favorites to land Rorie. He is the cousin of 2015 UW commit David Crisp and was offered by Romar early on in his high school career. He began his senior season at Monteverde Academy in Florida.

In case you missed it 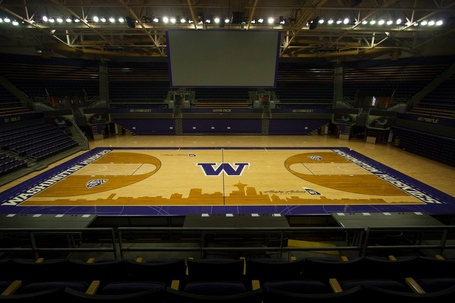 Alaska Airlines Arena recieved a make-over, and while many say the Huskies are just copying Oregon, I think the new design looks amazing.

Percy Allen from the Seattle Times sat down with Lorenzo Romar and talked to him about Robert Upshaw, Quevyn Winters, Nigel Williams-Goss and more. This is the first part of a multi-part series.

Does all of this news get you excited about Husky basketball? Leave your thoughts in the comments section below.