WARNING: These dots will make you rue the coming BYE week. 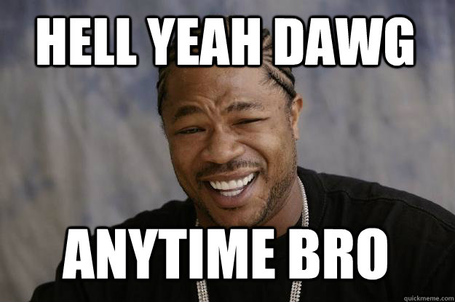 As many of you know, I was in Seattle this weekend to personally take in the new Husky Stadium as well as the Bronco Bustin' that our Dawgs put on Boise State.  It was a great time and I'd like to thank Kirk, Tige, Brad and a few others who wish to remain anonymous for meeting up with me out there.  And, to Lear Pilot, we will meet again.  Also, big thanks to Anthony for holding down the fort during the weekend.

Now, let's get to some Dots.

Since this was the first game of the season and the first ever in the new Husky Stadium, I thought I'd leave some of my own impressions of the overall experience in the form of extra Dots.