Looking At The Golden Nugget Spreads For UW's Games

Yesterday, the Golden Nugget released spreads for its games of the week for the 2013 season. Included among them were 10 out of UW's 12 scheduled contests.

Share All sharing options for: Looking At The Golden Nugget Spreads For UW's Games

Without any further ado, here are the lines Golden Nugget is setting for UW's season:

Not included are two games that the Huskies should be at least three-touchdown favorites in: home against Idaho State, and home against Colorado.

Now, the thing that may make some of you tear your hair out is that looking at it now, if the Huskies were to hold serve in the games that they're favored in, they would end the regular season at 7-5. But games not played on paper and other cliches.

The Huskies are favored in six out of their seven home games, and the only game away from the soon-to-be-extremely-friendly-confines of Husky Stadium is an off-campus game against Illinois. Just to interject this: 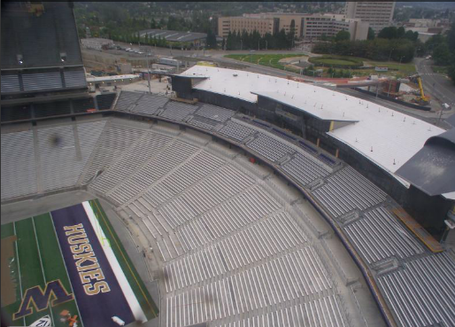 If opponents thought that Husky Stadium was one a tough place to play before (and they did), and that was when the fans were cheering the home team from Port Angeles, what's it going to be like now that the fans are going to be on top of the action? That's going to be a tough end zone to score on.