The 2013 swan song is upon us. Join us in the gamethread as we cheer on the Huskies.

The Huskies take the field after a long four week break in which the team has lost their head coach of the last five seasons, hired Marques Tuiasosopo as interim coach, hired Chris Petersen as their coach of the future, is still undergoing a complete coaching staff overhaul, and prepared for a bowl game all the while.

It's the final hurrah for this year's version of the Huskies, and they'll try to leave their mark on the program by winning their ninth game of the year. They'll have to do it without starters Dexter Charles and Will Shamburger, who are out with injuries.

Location: A FOOTBALL STADIUM, WHO SAID IT ISN'T? 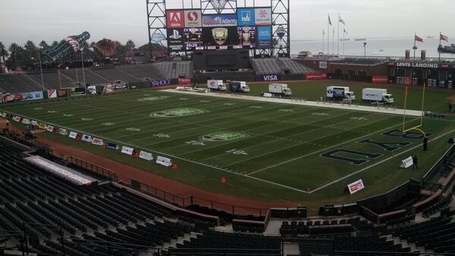 Five Questions for the Huskies Against BYU