In our look around the Pac-12, we land on the Cal Golden Bears.

Mike Montgomery loves the north side of California. At least, as far as his résumé is concerned. He started his head coaching career at Montana in the 70's which I am not sure really happened. He was offered the same position at Stanford in 1986, took it, and sat on the throne there until he was offered the head coaching gig for the Golden State Warriors.

Now he is at California. 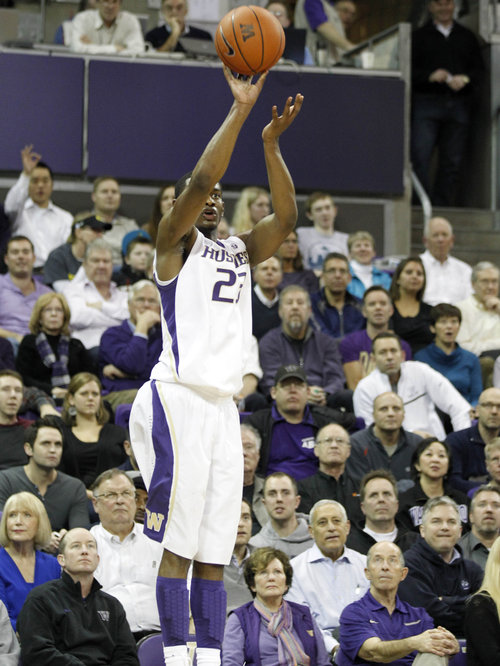 We take a look at each position group for the Huskies, from Point Guard to the low post.

Cal has been pretty good under his watch. He has a .702 overall winning percentage during his time there, and has made the NCAA Tournament four out of his five seasons, but they have never made it past the Round of 32. Granted, this is only a sample size of five seasons, so it must all be taken with a grain of salt.

Montgomery was involved in a little bit of a controversy last season when he shoved his star player, Allen Crabbe, out of frustration for defensive lapses allowing two USC threes, in addition to a subpar performance against an inferior USC squad. He was not suspended, although he was punished internally within the Pac-12. He was probably fined, but the whole situation was blown out of proportion, according to Crabbe. He called it "water under the bridge."

Mike Montgomery did not get fired (trend broken, for those of you following the series). He actually led Cal to the NCAA Tournament, where they made it to the "third round." Personally, I hate that the "First Four" are considered a round by themselves. They are separate, something completely different. Keep the First Round, Second Round, Sweet Sixteen and so on.

The Golden Bears started off with an 8-4 record in the non-conference portion of their schedule, including a win at Denver (a team who's RPI at the end of the year was 62nd). They did get blown out by Wisconson at the Kohl Center though. The non-conference schedule was a little bit bumpy for Cal.

When Conference play started, Cal's results were patterned for the first eight games: L, W, L, W, L, W, L and W. Then the Bears went on an absolute tear. Including that final win, they won nine of ten games with a seven-game winning streak that included victories at Arizona and Oregon, as well as home against Colorado. They did drop their final regular season game and lose their first game in the Pac-12 Tournament, but Cal topped UNLV and Anthony Bennett in their first game of the Big Dance. They fell to Syracuse in the Third Round to end their season. 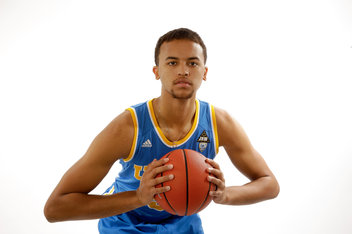 We are taking a look at each of the teams in the Pac-12, so far we are most of the way through California.

Reigning Pac-12 Player of the Year Allen Crabbe left school early for the NBA Draft, where he was the first selection of the second round, made by the Portland Trail Blazers. Crabbe was a shooter first and foremost. Yes, he had the ability to get into the lane a little bit, defend a little bit, but there was a reason he attempted at least five threes per game in each of his three seasons. Typically, a team will have trouble filling an NBA player's role. Cal may not.

Robert Thurman provided solid frontcourt depth last season, which will be missed. He may not have been a dynamic player, but he served a role for the 17 minutes he played on a nightly basis. He defended the interior, grabbed a few rebounds and as he described it, "Hits people really hard."

Another role player gone missing (also known as graduated to go out into the world and do great things) was Brandon Smith, the backup point guard. Now, this may be coincidence, but when he returned from a concussion that knocked him out for six games, the team won against Utah, lost to Colorado, then went on the aforementioned 9-1 streak. He played only 17 minutes per game, like "The Thurmonator," but it seemed those 17 minutes were a boon to the team's winning chances.

Bak Bak graduated. Heh. Bak Bak. Bill Walton loves the name Bak Bak. Bak Bak had a very minor role, providing a few spot minutes in the post on a nightly basis, and that was about it. Also, his name is Bak Bak. However much fun it is to poke fun at someone named Bak Bak, he went through Hell as a child, and the story of Bak Bak being alive is darn near miraculous.

Justin Cobbs was the clear number two option on offense last season. Time will tell if he is the number one or two option this season, but he is clearly the best returning scoring option they have. He scored points per night in his junior season. He is a different offensive option that Crabbe was, and they balanced out. Cobbs is much more of the slashing, get to the rim type of player than Crabbe was.

He is an all-around player. He averaged almost five assists (actually down from the previous year, most likely due to being asked with more of a scoring load. He was still number one on the roster in that category, as well as tying with Crabbe for the steals lead. He finished the season hobbled by a foot injury that is still bothering him. Sound familiar?

Ricky Kreklow could be put into the "Who's new?" category, as he missed all but seven games last season with a foot injury. Kreklow is a 3-and-D wing with some passing ability. He struggled with his shot in his time so far, but reports are showing that his jumper is coming back to him nicely and that he should be a factor for Cal in what might be the most loaded backcourt in the Pac-12.

Richard Solomon is a 6-10 stretch four returning for his final season. He will probably get a nod for a starting spot once again after playing 25 minutes per game last season in a starting role. He has a solid mid-range jumper to go along with his length and rebounding ability.

Starting alongside him will be David Kravish, a 6-9 junior forward. Kravish is another player with the duty of rebounding and defending inside while scoring when given the opportunity to. Cal has relied on their perimeter players to do most of their damage on the scoreboard, something that will serve them well this season, with a lack of depth in the frontcourt and a plethora of guys on the back end.

Sophomore Tyrone Walllace played extensively as a freshman, and one can only expect his role to increase as he matures and improves. The 6-4 wing can do a little bit of everything, but for a wing, especially a freshman wing, his rebounding is what sents him apart. Despite averaging 28 minutes, he averaged 4.4 rebounds per game from the wing, as a freshman. This guy could be pushing for All-Pac-12 honors come awards season.

Jabari Bird is a do-everything freshman with the chance to be something very special. When I referenced that Cobbs may not be the first option on offense, it was because of Bird. He is the best pure scorer out of every freshman on the west coast. He can shoot, he can handle, and he has jaw-dropping athleticism. He is the reason that Cal may not miss a beat losing the best player in the Pac-12. Bird can be that good. Washington was in the running for signing him, but once Bird visited Cal, he committed instantly and never wavered from that choice.

Another impact freshman is Jordan Mathews. With the backcourt being as loaded as it is, he may struggle to play major minutes. If he does, look for a strong 6-3 combo-guard frame with the ability to hit an open three and get to the rim.

In a normal year, Cal would probably look to redshirt Kameron Rooks, but as it stands, the 7-0 center will probably be thrust into a role as a reserve big man. The scouting reports don't reveal much about him, only that his frame is "bulky" that may mature as he matures, and that he shows good passing ability from the post. Cal will look for him to hit open shooters when he is in along with rebound and defend, as they have done in seasons past.

What do you see from Cal? I see them as a team that can challenge Arizona for the top spot in the Pac-12. They are not the favorite, but have a legitimate chance at doing damage, especially if their frontcourt can stay healthy.