Washington is hosting ESPN College Gameday for the first of many future times this Saturday. We present to you a user's guide to help you navigate the spectacle of awesomeness that awaits you.

The arrival of Chris Fowler and his band of merry ESPN men to the University of Washington (and, specifically, to Red Square outside of the Suzzallo Library) for this Saturday's broadcast of ESPN's College Gameday program is an honor normally reserved for the most elite teams involved in the most elite games of each weekend.

ESPN College Gameday, Live from University of Washington
6am PT / 9am ET on ESPN

Hello, UW.  Welcome into the orbit of the elite.

Unfortunately, the Huskies have not been very relevant in CFB for the better part of the last decade.  As such, it is quite understandable that the vast majority of local fans will be a little unprepared to make the impact that we, the collective UW Dawg Pound nation, are counting on your to make.  Thus, I've compiled a list of Do's and Dont's that everybody should read and take to heart.

Face it UW fans, this is an audition.  You are auditioning for the privilege of hosting this prestigious honor at a future date.  To pass your audition, you must first accept the fact that this is not a spectator sport.  You are a character in this Episode of College Gameday! Don't delude yourself into thinking that this is a gift from ESPN.  This is your opportunity to shine.  Take advantage of it. 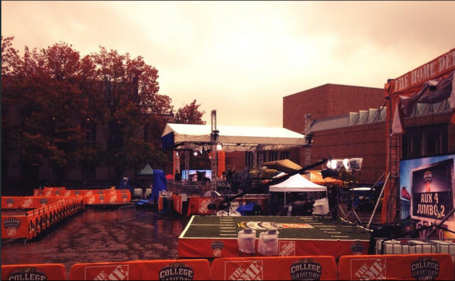 Keep in mind, Husky Fan, that a huge majority of college football fans reside in the two eastern time zones of the United States.  ESPN wants those eyeballs.  Therefore, they are going on the air at 6am PT.  I repeat:  6am.  If you are going to get your mug on TV (and, c'mon, you know you want to), you ought to just plan on rolling out of whatever Friday night "preparatory session" you engage in and roll right onto the set College Gameday.  It is a good bet that many students will be camping out all night to ensure a place close to the action.  Don't fool yourself into thinking that you can wake up at 5am, hit Starbucks, walk the dog and then roll onto the set of the largest College Football broadcast on the planet.  Plan ahead.

DO:  REPRESENT YOUR TEAM

This is bound to be one of the more interesting Gameday environments in the history of the program.  The relatively high ratio of both Oregon grads and WSU grads living in the greater Seattle area ensures that there will be a great deal of neon yellow and kidney crimson competing with our royal purple.  Ladies and Gentlemen:  THIS IS WAR!  It is your duty as Seattle-residing Husky fans to occupy Red Square and keep the degenerates of foreign campuses off of our turf and out of our spotlight. 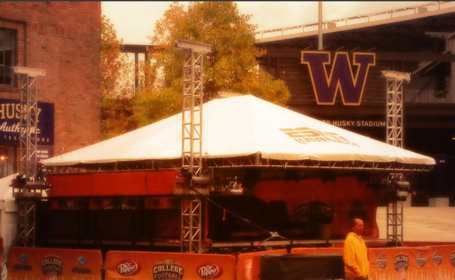 While I fully expect a remarkable congruence of Husky fans, Duck fans and Coug fans to hit the Gameday set at the same time, I also fully expect my Dawg brothers and sisters to keep it civil.  Clearly, there are going to be moments that might get a little on the toasty side of "heated".  Softy Mahler stirred the pot earlier in the week by suggesting that Husky fans needed to make sure that the Gameday tradition of flying the Crimson Coug Flag ended on Saturday.  The Coug Center guys debated whether or not Coug fans should make a demonstration in Red Square.  Duck fans will be Duck fans.  It could go haywire.  To all of it, I say this:  Don't Lose Your Damn Minds, people.  Liveliness is good.  Banter is encouraged.  Physical confrontation?  C'mon.  Saturday is a celebration.  You will be on TV.  Children (including some of my nephews and cousins) will be in the crowd. Show the world that this isn't Auburn / Alabama.  And, seriously, don't become a YouTube sensation.

@coug123 @CollegeGameDay flag carriers will be protected if needed! It's a tradition. WSU flag(s) will be there.

DO:  MAKE SIGNS, LOTS OF THEM

One of the newer Gameday traditions is that of flooding the crowd with a wide variety of signage that serves to provide viewers with welcome distractions from the mutterings of show hosts as well as to give an identity to the crowd from the host school.  Typically the signage is a mix of fatheads of favorite personalities, rip jobs on the opponent, old-fashioned rally posters and, now, references to random Internet and media memes (the Breaking Bad references, in particular, seem to have caught a lot of traction).  Spend some time tonight getting your signage together.  If you are looking for inspiration, lots of ideas are spread throughout the comments sections of this week's 'Pound articles. 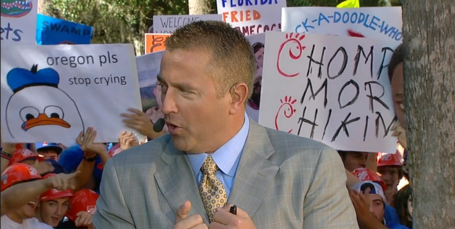 I know you Husky fans are not the wine-sipping, Yanni-listening, fair-weather elitists that Coug and Duck fans would make you to be.  I know that you have passion.  I know that you have spirit.  I know that you can do a keg stand and funnel a six pack in a matter of seconds.  Let the world see what you've got.  Show up in full force, get loud, be rowdy and make sure Lee Corso hears it when he puts on Donald Duck's head and starts dancing around with grimy ducks.

This is it, Dawgfans.  This is your chance to shine.  Don't blow it.  And, Enjoy!