What better way to take our minds off a miserable loss to LSU, than a look at the progress being made at Husky Stadium. Yep, you heard it right, somebody at Montlake is making progress every week! Okay, enough of the talk about last night, let's get on with the fun stuff!

The construction crews are making great progress in many different areas. Most noticeably is the continued progress on the south stands. This week the middle deck received all of its metal flooring and they started putting the flooring up in the upper deck too. The crews wrapped up the foundations of the east stands, I'm looking forward to seeing what they'll start on next for the east stands. My focal point for this week's update is going to be the tunnel and west stands. Web Cam #3 hasn't had a lot of visible progress the last few weeks, so it figures that the visual progress would return to that area. More on that later.

Below are the usual series of pictures, be sure to keep an eye on the Oxblue Web Cams. Don't forget, clicking on the pictures will get you the full resolution image. You want arrows? Tough. Show me some _ _ _ _ _ _ _ effort on the football field and you can have your arrows back.

Web Cam #3 - The area of focus for this week's update. To my continual surprise, they are continuing to pour each row of concrete risers, one row at a time. According to my calculations, they are averaging about 1.5 rows per week. There will be a minimum of 33 rows, which means at this pace, they'll be at through the end of December. The purple box is the area you'll see blown up in the next picture. 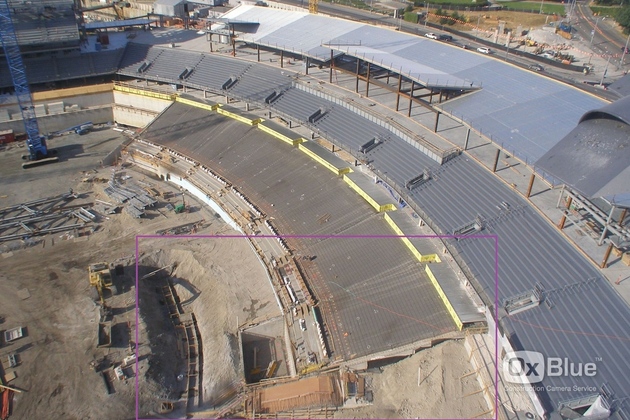 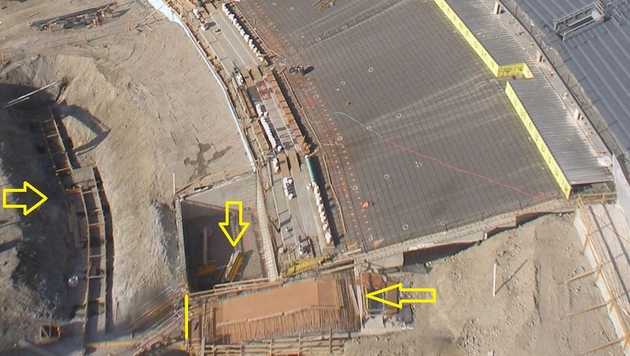 Virtual Venue Picture of the same area - You can match up the single yellow lines to help understand where the two pictures match up. The yellow arrow is pointing to the same area as in the picture above. That small step out in the foundation will be the steps up to the concrete risers for the marching band. 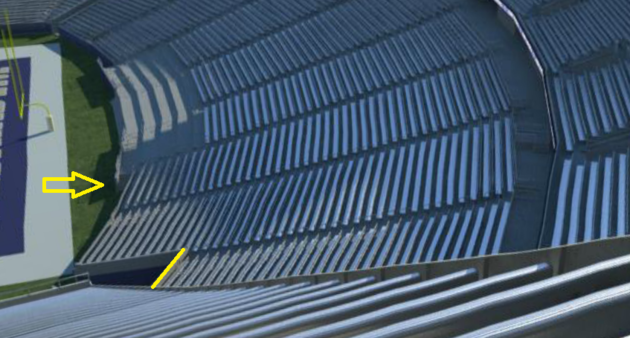 Web Cam #3 Close Up & Overlay - This is a screen capture I took earlier this week using the overlay feature on the web cams as they began to dig the trench for the foundation of the front wall for the west endzone lower bowl. The section at the bottom of the picture is the picture from November 8th, showing the purple "The Noise Starts Here In 2013" line that was painted on the track last season. Just thought it was fun to see how accurately that line was painted! 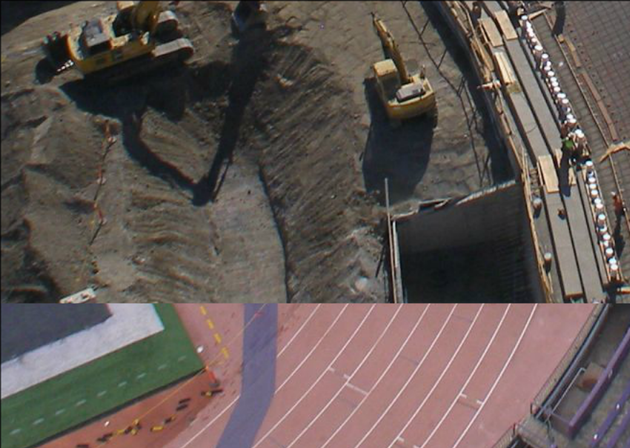 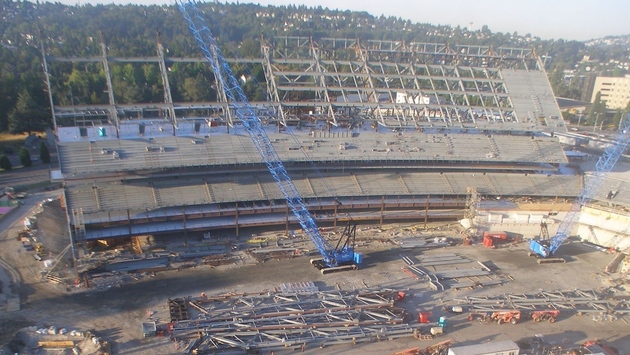 Web Cam #2 - A beautiful shot of the south stands at sunset. Not much visual change from last week, most of the progress is only visible from Web Cam #1. You can see where they are putting up the roofing for the concession stands and restrooms of the upper concourse. They poured the concrete for the South West event deck and are working on the area just above the entrance to the parking garage. 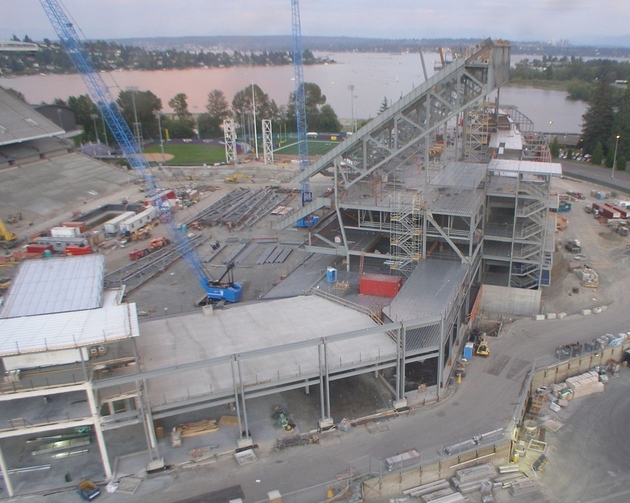 Web Cam Angle #1 - It just keeps getting better, yet I still can't wait to see the roof trusses being put up! You can see the middle deck now has it's metal flooring in place and the area on the upper deck where the flooring is being installed. You have to look pretty closely, but you can see where they've put up the flooring for the press box area too. 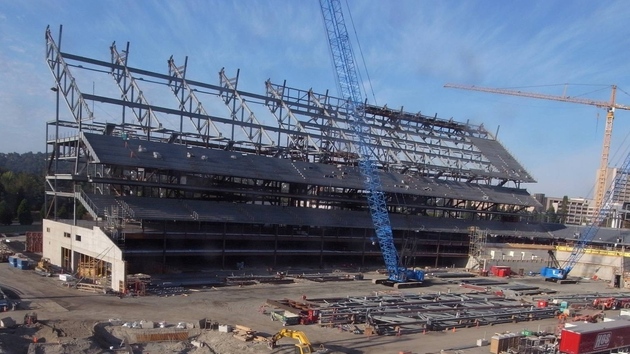 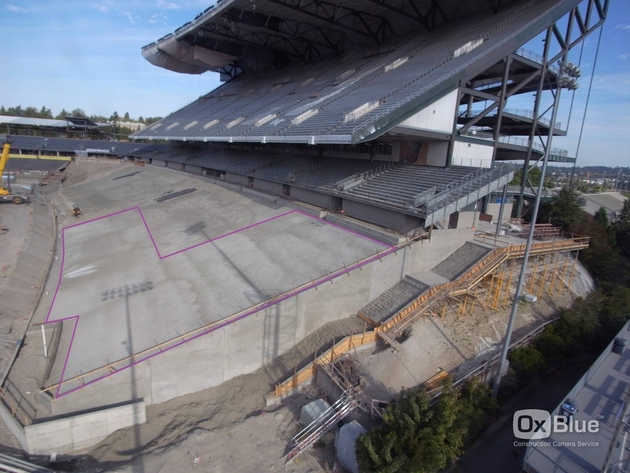 That's it for this week Dawg fans, tune in next week a the same Dawg time and same Dawg channel for your weekly Stadium construction update.