Share All sharing options for: Harry Husky and His 12-PAC: Hipster Wars 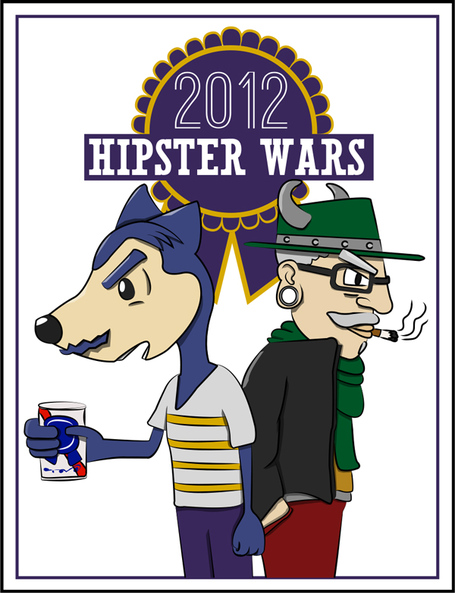 (Insert recap of one of the least-enjoyable games ever here)

Ok, now that that's over with, let's move onto this week.

Hipster Wars (click for definition of "hipster). That's all I think of when I think of Seattle vs Portland. I was watching a top ten countdown of the best NFL rivalries on the NFL network and I realized there are a few necessary ingredients to having a decent rivalry (I will use Ravens vs. Steelers to prove my point):

Many would argue that Seattle and Portland are rivalry cities. So what is the common trait we share that we both excel at? Both are great places for hipsters to live. What is the primary point of contention? Being the best place for a hipster to live.
Anyways, I am a born-and-raised Northwest chap who was born in Portland, raised in Anchorage, and educated in Seattle. I'm going to come right out and say it: Seattle is the best of the three in most categories. Portland has better street food, Portland does not have sales tax, and Portland has the NBA, but Seattle has everything else. (COME AT ME, BRO)
I am not even talking about football and there is a good reason why. The fact that the University of Washington Seattle Huskies are playing Portland State University Vikings excites me about as much as the idea of moving back to Anchorage. Perhaps it is the hipster side of me that has simply lost interest in this game because it involves Portland.