The legendary peoples of the Umpqua tribe once ruled the lands of Western Oregon. An honorable and peaceful tribe, the Umpqua were known for their particularly strong sensitivities to changes in their environment, whether it be a migration of a herd, the approach of visiting travelers from miles out, or the subtle shifting of a weather pattern. The keen sense of natural order all around them was the defining mark of the Umpqua. Legend has it that in the midst of a particularly severe shift in atmospheric air pressure during the early 1850's, probably as a result of the weather phenomenon that we now know as an "El Nino", the Umpqua became particularly aware of a strange efflux wafting from the north in the direction of the town of Marysville, the precursor to what is now known as Corvallis. The Umpqua became concerned about the possibility of unnatural occurrences somehow being at the root of such a strange and horrific stench. The tribe elders decided that such redolence was not to be trifled with and immediately ordered that any and all able bodied tribespeople were to pack up and move further south. Many refused to leave the lands of their forefathers, but their voices would soon be perished at the mercy of the Marysville pungence. Those that remained, scattered among the lands of the southwestern territory, would soon establish covenant with the Federal government in hopes of ensuring the future of the peoples and the preservation of their quickly disappearing culture.

The moral of the story, my dear Dawgfans, is that the wise and tragic people of the Umpqua were the first to discover a phenomenon that is well understood by the common man today: Corvallis stinks. This brings us to the subject of today's Gekko File. More on the 2012 Oregon State Beavers after the jump.

The Beavers 2011 campaign can be summed up in one simple phrase: Sacremento State. Despite getting 223 yards and 3 TDs out of true freshman, Marcus Agnew, the Beavers would lose their first game of the season to lower division Sac St in what would turn out to be an omen of bad times to come. Beaver incumbent QB and supposed up-and-comer, Ryan Katz, would be replaced by RS Freshman Sean Mannion in the second half of that game (after going 11-22 with 1 pick ... not much of a leash) and would never again see the light of day in a Beaver uniform. Mannion would effectively take over as the quarterback of the future and the present from that point forward.

Hampered by a green QB and a bevy of injuries to key players such as DB Brandon Hardin, WR James Rodgers and TE Joe Halahuni, the Beavers would drop their first four games, including a 35-0 pounding at the hands of Wisconsin, before pulling out a big win versus the defensively challenged Arizona Wildcats. It was the first of just three wins (the other two versus each of the Washington schools) that the Beavers would pull out for the season.

Oregon State would finish the year with their second straight losing campaign under head coach, Mike Riley. Despite having to play 10 true freshman as regulars, this performance would put Riley on the proverbial hot seat, and not surprisingly so. The Beavers finished 11th in the PAC in scoring offense, last in rushing offense (by a wide margin, especially when you adjust for the Sac St game), and last in turnover margin. There would be a great deal of off-season turmoil for the Beavers, as well. The tragic death of 19 year old Fred Thompson, who suffered a lethal heart arrhythmia while playing basketball on campus, would shock the community. Several players, including notables like Jordan Poyer and Malcolm Marable, would have brushes with the law during the offseason.

Not everything was abysmal, however. Defensively, the Beavs finished near the middle of the conference in most categories and they saw some definite flashes of potential from guys like Mannion, WR Markus Wheaton and DE Scott Crichton - all of whom return in 2012.

This was the proverbial "game we shoulda won" on the Husky schedule from last season. QB Nick Montana, filling in for a borderline injured Keith Price, got his first and only start in a Husky uniform in a game that Coach Sarkisian thought would be a slam dunk. Montana would go on to make two plays, in particular, that would eliminate any chance of a Husky victory. The first was a first quarter interception that led to a Beaver score and the other was a fumble that led to second Beaver score in a span of 26 seconds in the second half. Montana would finish the day 11-22 for 79 yards and two short TD passes to Austin Sefarin-Jenkins. He would also get sacked four times and replaced for two series by Keith Price in the fourth quarter after a one point deficit quickly degraded into a 17 point point deficit. Ultimately, UW would fall to Oregon State 38-21. Sean Mannion would be the player of the game after another in a long line of brilliant QB showings against Nick Holt's putrid pass D.

Oregon State fans harbor some reasons for hope in 2012. Sean Mannion, though maybe a little bit overhyped by the desperate faithful, does look like a solid QB prospect. He has a strong arm, good accuracy and leadership attributes. He also has heavy feet and is prone to panic. While this doesn't necessarily translate in sacks taken - the Beavers were actually middle of the Pac in this stat - it does explain his 16-18 TD to INT ratio. An optimist would say that the Beavers had no run game and, in the context of Mannion throwing a ton of passes last year, those INTs aren't all that bad. The pessimist would say that the Beavers had no run game because Mannion wasn't that big of threat in the passing game and was prone to bad decisions. Whichever way you fall on that argument, there is no denying that we don't know what Mannion is going to be be this season.

Of bigger concern to the Beavers is the state of their offensive line. Already considered one of the lower performing such units in the Pac, the Beavers face the 2012 season with considerable upheaval in those ranks. They entered spring with just eight healthy O-Linemen and will undoubtedly be counting on serious unknowns such as true freshman Isaac Semaulo and incoming UCLA transfer (and known bone-head) Stanley Hasiak. The flip side of the trenches is just as unknown. While it is a good bet that the "gym rat" DE Scott Crichton (two sacks and that forced Montana fumble against the Dawgs) will be productive in the pass rush, there are questions/potential around him. DT is a key concern, but Beaver fans are hopeful that the rehabbing mountain of a man, DT Castro Masaniai and Andrew Seumalo, brother of Isaac, can have an impact.

There are also some reasons for optimism. The Beavs return 16 starters total and bring in one of the more talented receiving corps in the PAC. Wheaton is a legit star and speed-burner Brandin Cooks is expected to provide some big plays this year. Keep an eye on 6-5" Obum Gwacham - a potential breakout player who was very visible in the Oregon St victory over UW last year. Also of interest is the running back battle. Marcus Agnew is the incumbent, but has been plagued by injuries and inconsistency. Riley is high on RS Fr Storm Woods, who apparently had a very solid spring. The Beaver secondary looks in good shape with Poyer and (if healthy) S Anthony Watkins. They'll need these guys as the Beavs look to further develop their LBs (new starter plus the eventual return of Feti Unga) and DLs. 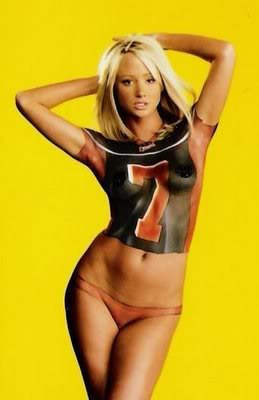 There is bad mojo brewing in Corvallis. Look, I like Mike Riley and, in all, I tend to root for the Beavs. But I've got a bad feeling about this season. The OL is in worse shape than just about any other in the conference and the fact that they are relying on Stan Hasiak to boost the entire unit is a serious red flag. To add to that, the assumption of play calling by Mike Riley during the spring reeks of dissension among the coaching staff. Furthermore, the continued off-season struggles with the law by players adds to the overall level of concern. While I do like the Beavers passing attack, and I do believe that Mannion is going to be an above average QB, I can't help but to think that something bad is brewing down south.

The fact that the Beavers bring back a bunch of healthy players this year is a positive, but the fact that they still have uncertainties with injuries continues to be a negative. The schedule is also a factor - it isn't exactly friendly, although it isn't a disaster either. Their OOC includes two games that I'm sure they will lose - vs Wisconsin and @BYU. Their PAC schedule includes five home games and misses USC (good) and Colorado (bad). Of their five home games, two will be particularly difficult in Oregon and Utah. Washington gets OSU at the CLink this season in a game that looks, on paper, like a decent match-up for both teams. I'd expect UW to be favored in this one and I could definitely see a scenario where Mannion is dinged up as a result of poor O-Line play.

All in all, this looks and feels like a four win season for the Beavs. I like them to beat Nicholls State and I could see them taking their home games vs WSU and ASU. I could also see another win out of the pool of @Ariz, vs Cal or @Wash (especially if UW gets too beat up from the early season). Beyond that, it is hard to see where any other victories come from unless there is a big upset in there ... maybe they beat BYU or Utah? in the end, I think not and I'm going with a four win season and another three win PAC 12 campaign. Mike Riley will take considerable heat, but the combination of tenure, continuity at QB and continued maturation of youthful players at RB, at OL and at DL will give him some cover file and lead to his retention for another year.

That's it for the Gekko file. I hope our friends from Oregon State fan blogs feel comfortable coming over here and engaging in some friendly debate on the outlook for the Beavs. I hope people realize that I am not trying to be disrespectful to our opponents and that I know that I'll be making mistakes in some of my facts, no matter how well I research it. Corrections are welcome.