Husky Stadium - The Calm Before The Storm

Share All sharing options for: Husky Stadium - The Calm Before The Storm

I hope the construction workers don't take offense to the title, they are still working their butts off and making great progress on the foundations of Husky Stadium. That being said, I get the feeling that we are in the calm before the storm and the real fun is just around the corner.

According to the official timeline, the steel structure for the football operations building is scheduled to start going up this month. Then, in mid June, they will start building the steel structure for the south stands. From our point of view (mainly the web cams), I expect the next few months will be the most visually stimulating of the entire construction process. Let me explain: The first few months were great, lots of demolition and excavation. The last few months, you can see some changes, but a lot of the work is smaller in scale and a few days can go by without anything "big" changing. With the steel structures going up, the visual stimulation should be at an all time high over the summer. Next winter, while they put most of their efforts on the interior, I expect the visual changes to be minimal again.

Here are the usual pictures of the latest construction progress. This week I tried to add a few more "action" shots to show the work as it is happening. All pictures are from the Husky Stadium webcams, which you can find here: http://oxblue.com/open/huskystadium. Don't forget to click on the pictures for the full resolution image.

Picture #1 - Last week they started preparing the ground for the east endzone stands. I didn't expect them to start on this section so early, being that it's rather small in scale compared to the rest of the stadium. 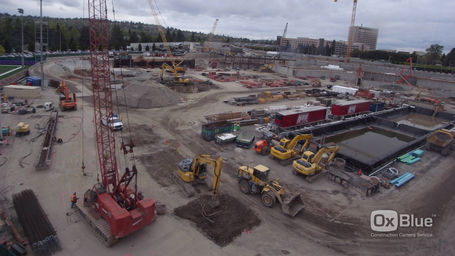 Picture #2 - Here they are digging down and inserting support poles surround by concrete to anchor the east stands with. 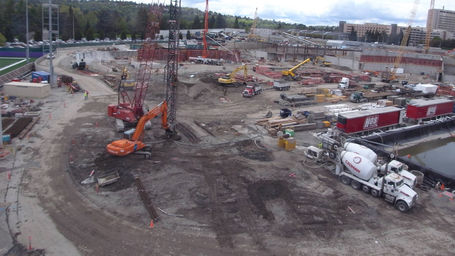 Picture #3 - Here they are pouring the concrete floor for the main concourse under the North Upper deck. Aren't you glad you aren't the concrete pump operator? Screw up and you are on the Five O'Clock news!! 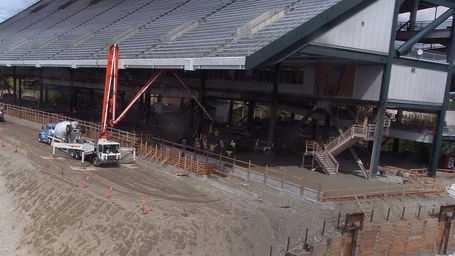 Picture #4 - Here they are adding backfill around the foundations that will become the ramps to the South Upper deck. 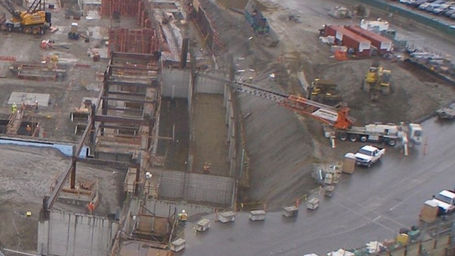 Picture #5 - Here is the latest from Husky Stadium web cam #1, the continual work on the foundations is progressing further east. 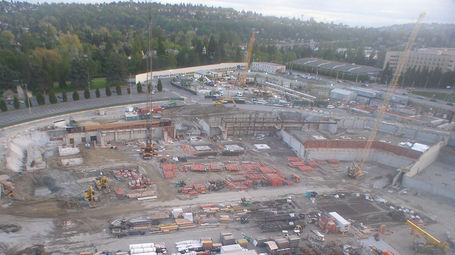 Picture #6 - The latest from Husky Stadium web cam #2. They are adding the geofoam to the west end of the parking garage section and have been adding backfill to the east end of it. It probably won't be long (2-3 weeks) before they are pouring the concrete floor. 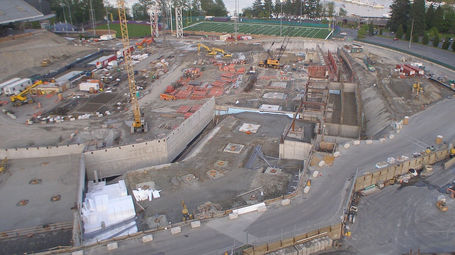 Picture #7 - The latest from Husky Stadium web cam #3. The south wall is complete and they are preparing the south upper section for it's concrete floor. The lower area is getting close to being ready for the rest of it's concrete floor, then the only thing left should be finishing the small wall in the middle of the picture, follow by the appearance of a big steel erection (terminology used from Husky Stadium's website). 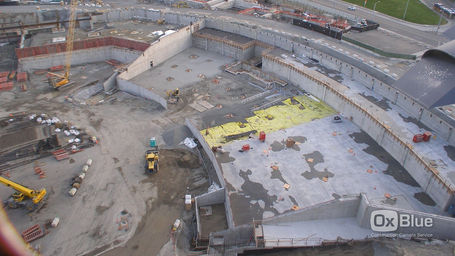 Picture #8 - Opening day of boating season and the Windermere Cup. Why include this picture? Because even with all of Phil Knights money, Chip Kelly's cheating, or Willie Lyles influence, you'll NEVER get to see this at Autzen Stadium, let alone tailgate on a yacht surround by the most beautiful scenery in all of college football. 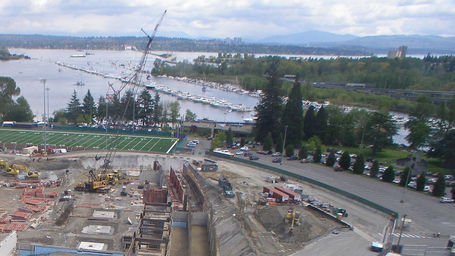