Husky Stadium - The wind is starting to pick up!

Share All sharing options for: Husky Stadium - The wind is starting to pick up!

Ten days ago I commented that we were in the calm before the storm, this week, the wind is definitely starting to pick up! The last week has provided quite a bit of visual stimulation, which you'll see below. All pictures are from the Husky Stadium webcams at http://oxblue.com/open/huskystadium, be sure to keep an eye on them, things are beginning to change quickly. As always, don't forget to click on the pictures to see the full resolution image.

Picture #1 - The foundations of the football facilities building are 99% complete, the only thing left is a rather small section of the front wall that is being used as an access point. I expect to see major changes coming very soon to this section. Today, a mammoth blue crane was delivered and is being assembled. I would be surprised if we don't see some of the structural steel being delivered and assembled as early as next week. 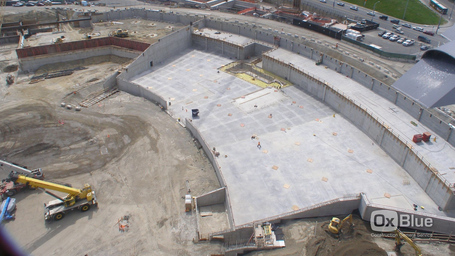 Picture#2 - The elevated section, which will be part of the under ground parking garage, is getting prepped for it's concrete floor. Today they even started adding gravel, which will probably be followed by the yellow tarps, rebar and then concrete. If you keep an eye on the camera's you'll see where the tractors have been driving in and out of this area, according to the schematics, that should be the future entrance to the parking garage. 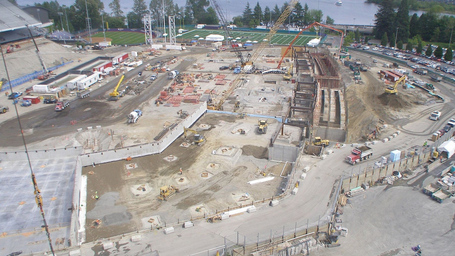 Picture #3 - The view of the future south stands. They are continually working on the foundations of the south stands, right now it's mainly the areas which will be the ramps to access the upper deck. 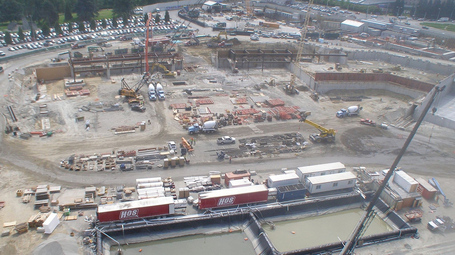 Picture #4-7 - This is a series of Pictures showing the progress taking place under the North Upper deck. Over the course of seven days, they put up all of the steel structures for the middle deck of stands (including the Don James Center), and they have already put up over half of the floor that the bleachers will sit on. It's rather remarkable how quickly this part of the process takes place.

Picture #4 - A brand new concrete floor, the morning after it was poured, on May 10th. 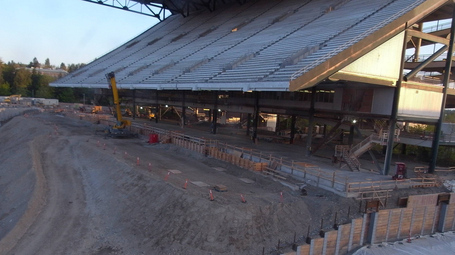 Picture #5 - Starting to put up the steel supports for the stands. 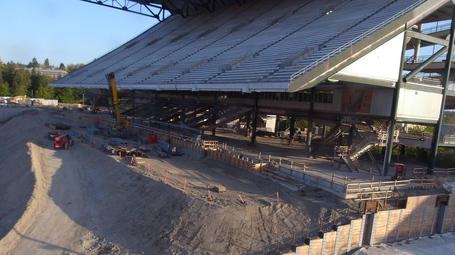 Picture #6 - The entire steel structure is in place and they start installing the metal floor. 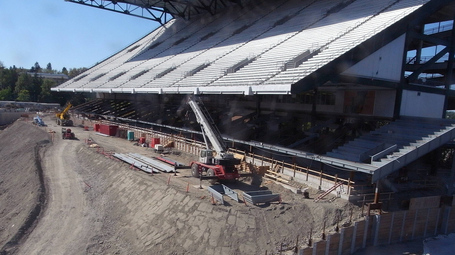 Picture #7 - As of this afternoon, over half of the section already has a floor, stairs and entrances. Amazing. 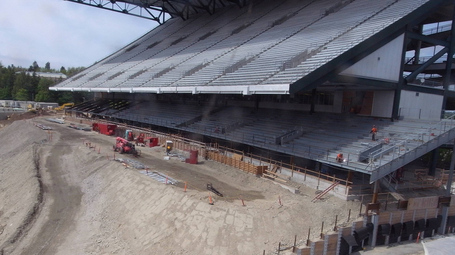 That's it for this week, if things keep progress at this speed I'll be posting updates on a weekly basis. Enjoy your weekend and GO DAWGS!!!