Share All sharing options for: The Monday Morning Wash

Washington won only its second outright conference basketball championship since 1953 after splitting in LA and benefiting from a Cal loss to Stanford to end the regular season.

Even though the Huskies backed in to this championship this may be the most satisfying one yet for Coach Romar because this team was given up for dead by most of us at the start of the conference season.

Next up is the conference championship tournament at Staple Pavilion this weekend. Even though UW is the Pac 12 regular season champion they still need to win at least a game or two to qualify for the NCAA tournament. A one and done type of performance probably isn't going to do it.

The Huskies will play the winner of the Oregon State/Washington State game in the second round of the 2012 Pac-12 tournament.

Congressman Norm Dicks who played in the 60 and 61 Rose Bowls has decided to retire from the US Congress after a long and distinguished career. Norm is famous for bringing home the bacon in his district which includes the US Navy Yard in Bremerton and the nuclear submarine base in Bangor.

Good for you Norm!

it looks like the annual Husky Spring game will be played April 28 at 11 a.m. at CenturyLink Field. The game will serve as a pseudo warm up for next season when Washington plays all its home games there. When they do arrive they will be playing on new Field Turf.

The spring coaches clinic is April 13-14.

Greg Lewis headed to the Hall of Fame?

Former Husky great Greg Lewis is on the ballot as a nominee for the College Football Hall of Fame. Lewis won the Doak Walker Award in 1990 which is given annually to the best running back in the country.

UW has 11 players and four coaches in the College Football Hall of Fame.

Oregon and the NCAA

I have read quite a bit about the Ducks pending probation over the past few weeks. Some say they will go down hard while others say that it will amount to be nothing more than a slap on the hand. A friend of mine with national connections thinks that the punishment will be similar to what was handed out to USC once everything is all said and done.

Ed has always impressed me. When he was a student at Washington he always had a pretty clear dea of what he wanted to do and he went out and did it. He is one of the best commentators in college football and now he has won an Oscar for helping produce the documentary "Undefeated".

Construction is on schedule at historic Memorial Stadium at the Cal campus in Berkeley. Here is a link to a series of slides detailing where they are at this point. I probably wouldn't have recycled the aluminum seating.

The Pac 12 and the Big Ten are reportedly in favor of a four team mini playoff once the bowl season has concluded. A decision is expected to come before July 4, with five to seven meetings over the next few months set to determine the sport’s postseason future.

Washington's softball team looks like it is good enough to make another run at a national championship. The Huskies are 19-1 so far this season and had no problem winning the Louisville Slugger Tournament in Stockton, Ca. this past weekend.

The NCAA changed the rules regarding kick offs again to help prevent injuries. Kickoffs have been moved up to the 35 yard line to create more touch back. When there is a touch back the ball will be now be placed at the 25 rather than the 20 yard line. 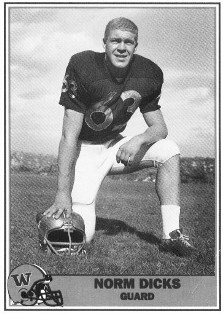