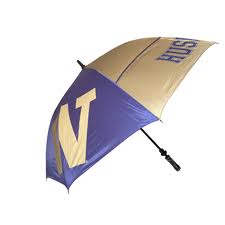 Don't forget this at home...

The Dawgs now play double-double-headers on Sat. & Sunday. Both 1:00 PM and 4:30 PM starts. Don't know which links will be used, so be sure to check out the gohuskies.com baseball schedule for the gametracker/video links, just find the date and game, and keep up on whats going on news-wise. I will be at Husky Ballpark tomorrow morning, cya there!

Game info in the series preview post from Thursday

With Friday comes baseball across the land, and four letter network or not, at least one can watch college baseball. USC led off the weekend with their first game of three at (The Baseball America top25 poll will be standard use) #9 North Carolina, and just dropped the first game 11-1. This is no surprise, UNC is a powerhouse, just look at Dustin Ackley to see what they have been churning out, and are ranked #2 in the collegesplits power ranks. The Tar Heels have loads of bats again, and look really tough to beat when bringing the "A" game. This is the first time USC has faced a top-tier program, going 7-1 against sub-par competition with the loss to their only decent opponent, Long Beach State. UNC is going to bring the Trojans record back down to a number that matches their talent.

Also watch out for Long Beach State @ Oregon. The *cks have somehow started the season off hot, going into Vanderbilt and knocking the 'Dores out of the top25 in surprising fashion. After dropping their first game to Hawaii 4-1, the zeroes have won 7 in a row.

Long Beach State has been a big surprise this young season as well, riding some stellar pitching with a couple guys skyrocketing up the prospect list. Supposedly they were in the low to mid 90's with some good command steadily. Will be a great test to see how good the *ucks really are.