The Gekko File: Taking the Next Step?

There is clearly a debate raging as to both how well the Huskies are playing at the moment and how well Coach Sark is doing in rebuilding the program. But the rails of this debate have been jumped and things are getting a little hot. Let's discuss, shall we?

Share All sharing options for: The Gekko File: Taking the Next Step?

Not in the least.

The Husky season, now with just three regular season games to be played, has been a disappointment to me on a multitude of levels. I know I'm not the only one. I was expecting to see something more encouraging than the schizo team that we saw last year. Instead, in my view, all we've gotten is another kind of schizo.

On the flip side, many of you are encouraged in ways that some of us are not. You see a team that has improved in its most dire areas of need and found a way to replace an all-time great in the backfield. You also see a team that still has 8-4 potential which would make it a "best record yet" type of season.

With the opposing sides of the debate clearly drawn, let's hash it out. Has this season, to date, been encouraging or discouraging? Let's take a look. 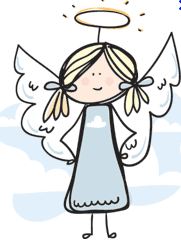 While the road has been bumpy, there are clearly very good things to say about the state of the team. Everything begins with the offseason and the hatchet job that Steve Sarkisian took his defensive coaching staff. In an act of courage rarely seen in young coaches (and, mind you, Sark is clearly a "young coach"), Sark dismantled his entire defensive staff in response to one of the most inept defensive seasons in Husky Football (and that is saying something). In rebuilding it, he sought to bring in young coaching talent that also happened to have track records as gifted recruiters. The theme was clear: bring in people with upside who relate to young people in a modern kind of way.

Also encouraging about the offseason was the landing of a top 25 ranked recruiting class. Sure, there were some pretty big whiffs on local talent (in particular, a couple of "must-have" linemen), but the class was dotted with highly regarded playmakers on both sides of the ball including some true difference makers like Shaq Thompson, Cyler Miles and Shane Brostek.

Fast-forward through injury plagued spring and summer camps where key contributors like Colin Porter, Deontae Cooper, Hau'oli Jamora, Jamaal Kearse and Nate Fellner were all lost (and later to be joined by James Johnson, Colin Tanigawa, Ben Riva, Erik Kohler, and Jesse Callier), and the Huskies were already behind the eight-ball as they geared up to play one of the toughest schedules in the nation (even before OSU became a top 10 juggernaut). This can't be overstated - the Huskies were facing a stacked deck with a short-handed squad. Nevertheless, the collective voice of the fan-base was expecting to see an improved defense, a top-of-the conference offense and, given the schedule, a seven to eight win campaign.

Now that we are well past half-way through it, those on the "encouraging" side of the debate look at this season and see a lot of good things. They see a team that continues to find ways to win close games doing "whatever it takes". They see a team that has handled their home business pretty well despite having to play this season off-campus. They look at a defense whose stats don't really tell the story of how much it is has improved and they look at an offense that should be ready to explode if not for all the injuries at WR and O-Line. They also look at the youth across the board - Bishop Sankey, Jaydon Mickens, Brostek, Micah Hatchie, Kasen Williams, Austin Seferian-Jenkins and Kendyl Taylor - and they see the potential of what may still yet come to pass.

Given the injuries, the prominence of youth, the circumstances of the schedule and impact the new coaches seem to be having on and off the field, this segment of the fanbase looks at a team sitting 5-4 - which includes two wins over top 10 teams (no matter how those games were actually played) and is feeling pretty good. The prospect of 8-4 is real and it would leave us with the best season yet under Sark's tutelage. Not even the throttlings at the hands of LSU, Oregon or Arizona is enough to sway them in their resolve that things are looking pretty good for the Dawgs right now.

The Half Empty Crowd 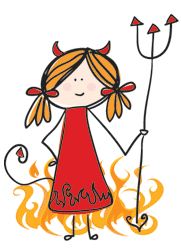 Another segment of the fanbase had slightly different ideas about how this season would go. While acknowledging all of the same offseason factors as everyone else, this side of the debate held a baseline assumption that the route to 7 or 8 wins would include a few key characteristics:

1. marked improvement in the overall performance of the team defense

2. top of the conference QB play from Keith Price

3. an elimination of many of the trappings of youth that led to the blowouts, the stupid penalties and the inconsistencies of last season (e.g. Sark's "Take the Next Step" mantra)

As the season has played out, the win pace has gone as all would have hoped. What is unsettling and discouraging for this portion of the fanbase is not the w's and l's, but how things are actually playing out on the field. Statistically, UW is in the bottom four of the PAC 12 in every major offensive AND defensive statistical metric. While the defense has improved in some areas - notably the secondary - the pass rush is actually worse this year than last. Keith Price has notably regressed statistically and stylistically, even after you adjust for how bad his line is (and they were bad last year, too). YAC is a stat that has utterly and inexplicably disappeared as a result of a lack of execution and new schemes. And, obviously, the mental lapses and mistakes that we were all hoping would become less prominent have done nothing but get worse. The blowouts are still happening, the penalties are actually up, and the turnovers are a problem.

Even more discouraging is the fact that the Huskies have apparently been lapped by several other teams in the PAC 12. Oregon has increased the gap. Oregon State has come out of nowhere. UCLA, Arizona and Arizona State, all under the guidance of new coaching staffs, have put together much more impressive seasons. Even Stanford, after losing more talent to the NFL than we did, have been able to put together a better campaign and basically maintain the gap. All of this has relegated the Dawgs to the bottom third of the conference in overall performance.

So, those are the sides of the debate. Important to note here is that many people on both sides of it are assuming that the opposing side has gravitated to the very extreme of their respective position. The frustrated Dawgfans assume that the optimists flatly believe that the Dawgs are already trending to be a top of the conference power and that a PAC 12 championship next season is a given while the encouraged Dawgfans assume that those of us who are concerned have already bailed on the current staff and that nothing short of an axe to Sark's head will put us back on a trajectory for success. Obviously neither is an accurate assessment of the sentiments of these fans. So, let's keep the debate going, but let's keep it within the bounds of the points of view that your fellow Dawgfans actually hold as opposed to trying to paint each others opinions to the ultimate extreme. Carry on.