I had been looking forward to this game ever since I found out CU would be joining the Pac-12. That's roughly two years. We got our tickets on stubhub, and luckily for us, we weren't disappointed in the least. What a game. That play by Kevin Smith was even cooler in real life. I had a great view, and it was AMAZING! 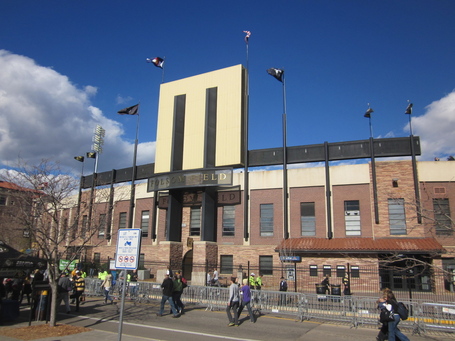 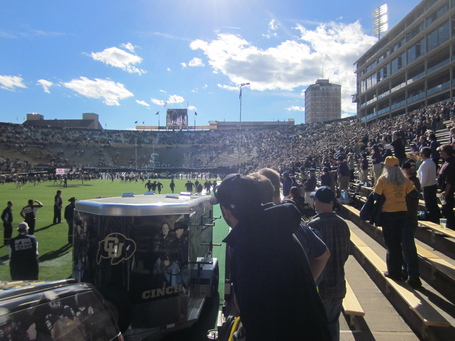 If you look closely, you can see Ralphie running with her "runners." I was really looking forward to this, and I wasn't disappointed. However, to be honest I was silently hoping one of the runners would trip. Alas, everything went as planned.

GO Dawgs. Honestly, I was struck by how small the players seemed. They really just look bigger on TV I guess. 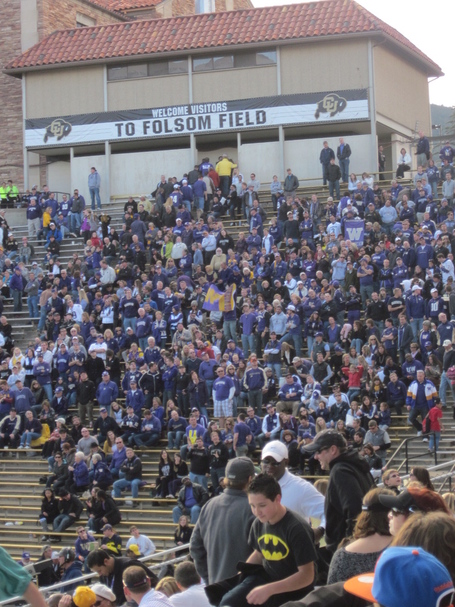 Here's the UW faithful. There were a lot of Husky fans in attendance at this game. When the CU fans were filtering out half way through the fourth quarter, there was a lot of purple left. It gave me the chills. 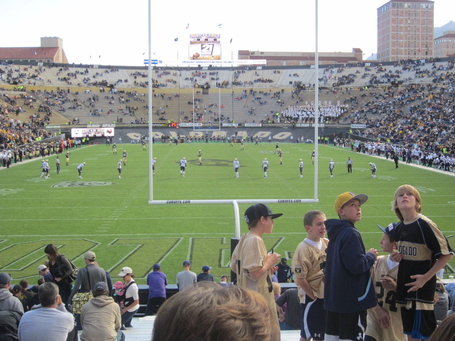 I couldn't not take a picture of the CU student section. That's support. 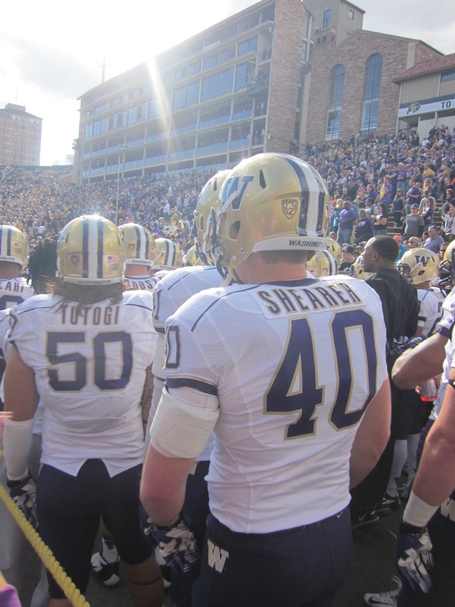 Coming out of the locker room after half time, I was inches away from the players. I got to see a bunch of players I've only seen pictures of. I was quite excited. If you look closely you can see assistant strength coach Keith Belton firing up the players before they run out onto the field. He was going nuts, hitting players on the backs of their helmets, jumping ... yelling. It was great. 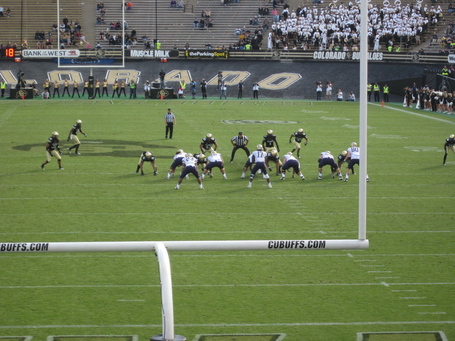 This is a picture of Price driving down the field on the play that Kendyl Taylor accidentally busted a run for over 40 yards. I heard grumblings of "running up the score" until I informed the unhappy CU fans that Taylor is the backup, and his defensive line is just that bad ... I was honestly thinking this drive was actually going to eat up some clock. I was wrong. 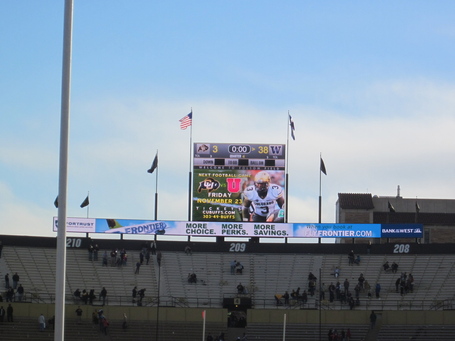 I was worried I would forget to take a picture of the scoreboard. This was quite a refreshing outcome. I was very happy leaving the stadium. When I left the stadium I met up with CODawg and his family behind the north end of the stadium, and CODawg's buddy, who claimed he was a CU fan, was wearing a paper bag with eye-holes in it to allow for sight. That was good stuff. 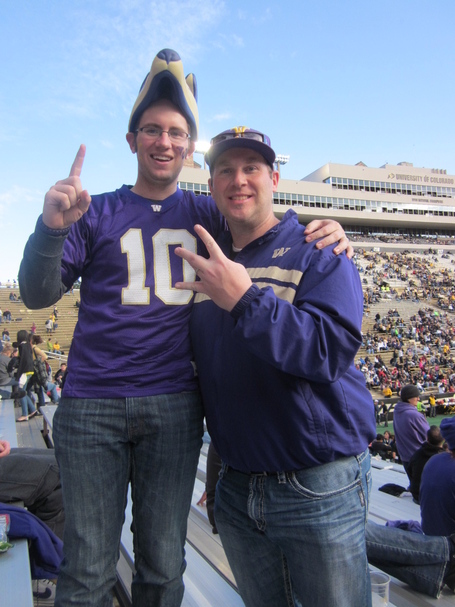 This might just be the only UW Husky fan in the state of Wyoming ... at the very least he is probably the only Dawg in the roaring metropolis of Cheyenne, WY. We had a great time chatting it up, and getting heckled by obnoxious CU fans ... it was along the lines of this after the Huskies went up 14-0:

WyomingDawg and I: "Generally, fans cheer when their team makes a good play ... regardless of the opponent. It's called support! Ever heard of it? (Apparently not)

Angry CU Fan: "Well, you guys suck too. We just suck more! I hope you feel good about yourselves, cheering against a 1-9 team ...." (clearly playing the sympathy card ...)

Needless to say, one of my favorite parts about the whole game was the entire row of CU "good 'ol boys" sitting behind my wife and I. They are so completely down on CU, we frequently heard things like "just give them the ball so they can score, we can lose ... and the go home already." Both of us were laughing about as hard as we could, while at the same time wondering why they even came to the game.