I can't help but feel sorry for the Buffaloes this year. They just can't catch a break ... other than the Washington State game. First they lose their best player for the season in spring camp, and then they lose to Colorado State, followed by Sacramento State. The Huskies look to make things worse for CU this year, and try to extend CU's losing streak to seven games.

Share All sharing options for: Game Preview: Washington at Colorado

Catch the game on FX, and listen to Justin Kutcher (play by play), Eric Crouch (color) and Darius Walker (sidelines) providing the commentary ... oh yeah, and look for somebody wearing this 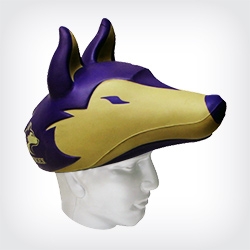 The Huskies have a slight edge in this series, leading 6-5-1. It all started with a 46-0 trouncing in 1915 when Gil Dobie's team ran all over the Buffs. The teams have played sparingly ever since, play 1 game every 8 years since then. The Dawgs are 3-3 at home 2-1 in Boulder, and 1-1 at neutral sites. Last year the Buffaloes came to town and were soundly shellacked 52-24. The sad news for Buff fans, is that last year's team was better than this year's team ...

Washington dominated a surging ... sort of ... Utah team at home, and continued it's dominance at home this season. Utah didn't really stand a chance, after taking a first quarter lead, they self-imploded and lost 34-15. It was one of those feel-good games the Husky Faithful have been waiting for. You know, the kind where a team that is supposed to be just as good as you comes to town, and leaves missing several limbs and vital organs ... and I had to put this picture here. 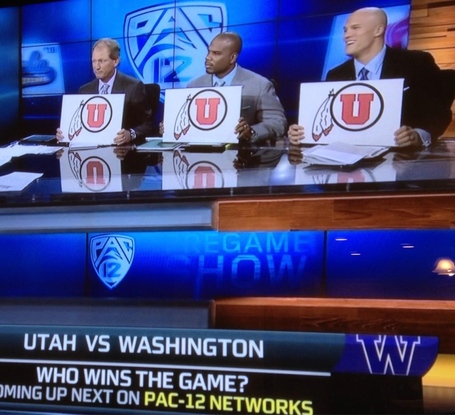 Colorado, on the other hand, watched as another team showed how bad it's defense is this year as the Buffs allowed the fifth team it's played this season to score more than 50 points ... Their offense did show some semblance of life though, scoring 31 points and having somebody rush for more than 100 yards.

455 - number of yards CU gives up every game

Offense: Can the offense pick up where it left off from last week? Will they be able to shake off their offensive road woes? Will Bishop Sankey break 200 yards for the first time in his career? Which Kieth Price is going to show up? How many passes will Austin Sefarian-Jenkins catch? Who is going to have the most touchdowns?

Defense: Can the defense play the run solid this week? Who's going to be starting on the defensive line? Is Shaq Thompson a safety, cornerback, linebacker, or rush-end? Is this the day we finally eclipse four sacks in a game? Doesn't that require a consistent pass rush? Will ASJ have more sacks than TDs this week? What is Mr. Brostek going to do to the opposing offensive lineman?

Miscellaneous: How much longer is Embree's chain? Has Ralphi ever mauled somebody as she races across the field at break-neck speed? Will altitude effect the game too much? Will there be more Husky fans in attendance than CU fans?

This is a game that should build some confidence for the Huskies on the road. Hopefully they turn in a much more complete game than they did the last time the team went traveling. Besides' since I'm going to be at this game, the Dawgs have to win. They've never lost when I've attended a game.