The Washington Huskies enjoyed a 17-13 victory over the Stanford Cardinal last week at Century Link Field. The Huskies' biggest (animated) fan, Harry Husky reflects on his impressions of the Cardina.

Share All sharing options for: Harry Husky and His 12-Pac: "Lasting Impressions" 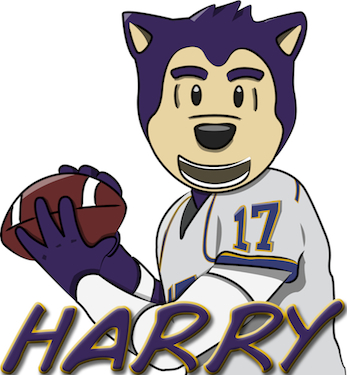 You've heard every angle on the Washington Huskies' latest win against the Stanford Cardinal. You've heard about the defense, Justin Wilcox's lips, and a revitalized Husky season. Let's take a look at what Harry thought about Steve Sarkisian's biggest win since the Holiday Bowl against Nebraska.

The entire offseason for the Stanford Cardinal revolved around the departure of Andrew Luck to the NFL and the Indianapolis Colts. Many assumed they would come back to earth after losing the best Stanford quarterback since Elway. At best, they would replicate their 2008/2009 seasons when Toby Gerhart led the offense. They had an above-average running back in Stepfan Taylor and every reason to believe that they would continue to win football games.

Then week 3 happened. Suddenly, Stanford reclaimed its National Perception as a bulldozing, ground-pounding team. Leading into Week 5, the Huskies feared that they would experience a replay of last year's game in Palo Alto. Ugh...I still shudder thinking about that game.

Finally, game day arrived. The Huskies pulled out a comeback victory over the Cardinal on a 4th quarter catch-and-run by War Daddy Kasen Williams. For Husky fans, we can remember this game for the performance by Justin Wilcox's defense and by an injury-ridden, but well-prepared offensive line. Stanford fans, on the other hand, will remember this game for the tepid and completely one-dimensional offensive display by the Cardinal. To the Husky defense's credit, however...

WE SHUT THEM DOWN AND FORCED THEM TO BE ONE-DIMENSIONAL.

Quick editor's note: Excuse the delay on this comic. I recently moved into my new apartment and have been pretty occupied. Thank you all for reading!