Harry Husky and His 12-PAC: "The Most Interesting Mascot"

Share All sharing options for: Harry Husky and His 12-PAC: "The Most Interesting Mascot" 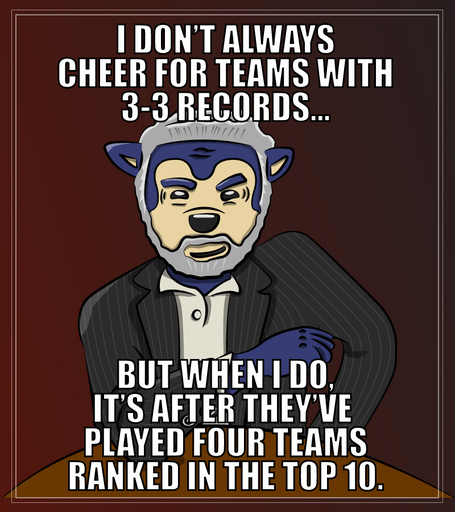 ARTIST'S NOTE: I know that USC was not ranked in the top 10 when the Huskies played them last week, but I think it's fair to say that USC is a top 10 team considering where they were ranked at the beginning of the season.

The Huskies face the 2nd half of the season after a grueling 1st half that included playing the toughest six games that any team in the nation has had to face. This upcoming game against the Arizona Wildcats is the Huskies' opportunity to set the tone for this second half. Will the Huskies show at the end of the season that they, are in fact, an improved team?