Harry receives a suspicious gift from a co-mascot. Not sure what to do with this one.

Share All sharing options for: Harry Husky and His 12-PAC: "Suspicious Gift"

Ed Note: Technical difficulties led to this getting accidentally left off the top splash. Corrected for your enjoyment 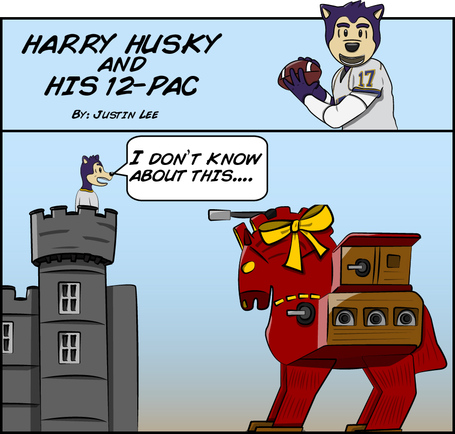 The USC Trojans are coming to town. Actually, they are already here. And we are playing them in an hour.

Husky fans have a lot of reasons to be optimistic about this upcoming game:

Why Husky fans have a lot of reasons to be pessimistic:

But don't worry, Husky faithful. We will win. this. game.