Share All sharing options for: Harry Husky and His 12-Pac: Alama Bowl Edition 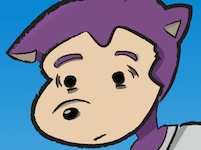 It feels like yesterday when I was on the Bainbridge Ferry listening to the Eastern Washington game at the beginning of the season. It really is crazy how quickly time goes by, particularly through my favorite times of year: Football & Christmas season.

We're facing a huge challenge against Robert Griffin III and Baylor University Football this evening and I think a lot of fans are focusing so much on how we will all feel after the game. We raise up questions about what the program will do with the remainder of Holt's contract in the offseason. We look at the somewhat unimpressive list of recruits that the UW has garnered so far and we wonder whether we have any shot at being a contender in 2012 (and beyond).

All of that is good and fun, but I think focusing too much on those future issues takes away from the short 4 months of football that we get every year. I say, "Worry about what happens in the offseason and when the offseason comes."

Ok I'll get off my soap box. Harry after the jump!

I also have an alternative ending/comic here. Personally, I thought this idea was "funnier."

Since this is the last week of the football season for the Huskies, this will be my last gameday comic until next fall. I will do one more comic in January to sum up everything we have done so far. It has been a blast and I have been stretched as a creator and artist in developing this simple, yet fun strip. Thank you all for reading, it's been fun.