Another painful day for Huskyville as the Trojans used special teams and defense to thoroughly dismantle, deflate and embarrass our football team.  I'm not sure that this loss was as painful as any games against the likes of Oregon, Stanford, Nebraska and Arizona over the last two years, but it does continue an alarming trend of this team simply getting blown out when things start to not go well.  I'm not going to make any sweeping judgments, but the ability of our boys to stay in a game and compete is still an open question, despite our youth (a plague that, by the way, affects many of the teams that have blown us out including Oregon and USC).

Some other thoughts while we wait for JB's grades. 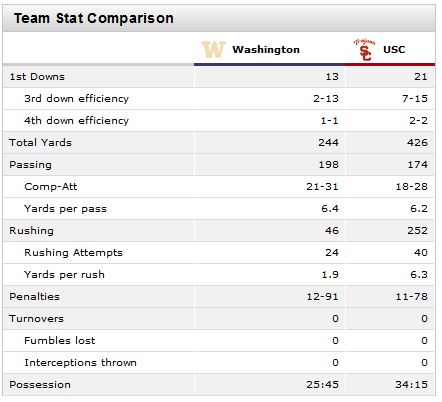